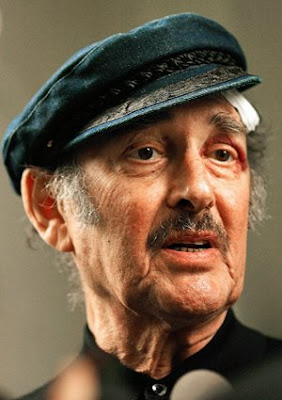 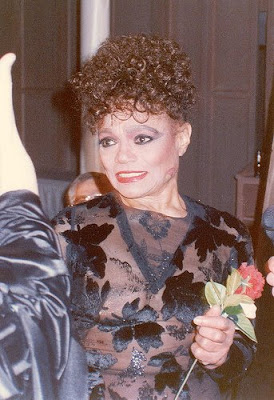 Hello folks…hope you had a good Christmas break. Had a fantastic, quiet christmas, just me, Mrs. 17 Seconds, and our two cats. I have receieved new albums (including the new Sigur Ros and Kaiser Chiefs and very first Stones LP, all on vinyl, like obviously), some Fall comps from the in-laws and lots of Alfred Hitchcock on DVD. (One day I am going to do a post related to Alfred Hitchcock on this blog).

The only sadness (other than parents and bother and sister-in-law being in other countries) was the loss over Christmas of two absolute legends in my eyes: Eartha Kitt and Harold Pinter.

I am eternally grateful that my Mum and Dad had a much more singularly original approach to what music they played my brother and I as kids. Eartha Kitt was my Mum’s favourite singer, who had absolutely appalled her parents as they didn’t get that Eartha Kitt was sending herself and other people up. I’ve written about Eartha Kitt here before, posting stuff for my Mum’s birthday. I’m convinced that artists as diverse as Diana Ross, Madonna and Amy Winehouse, amongst many, many others owe her a huge debt. (Listen to Kitt’s ‘Just An Old Fashioned Girl, then Madonna’s ‘Material Girl.’ Just saying).

The other loss is Harold Pinter. I’m not an authority on Pinter, but the work of his I have read was amazing. At sixteen, in the no man’s land between GCSEs and A-Levels, a very clued up english teacher got us to watch Death In Venice and read Pinter’s The Homecoming.* Pinteresque pauses entered my personal lixicon. A few years later my brother was in a production of The Caretaker. Who was this writer, with his pauses and sense of unease and dread that he created in people? When I found out that Nick Cave had called his earlier band The Birthday Party** this made Pinter even cooler.*** In fact, I played in a band at university called The Betrayal named after Pinter’s play.

I have been very disappointed by some of the idiots over at the BBC’s webpages who have failed to realise Pinter’s genius and slagging his politics. However, I do know that there are many people to whom Pinter was deeply important, politically and in terms of what he wrote, and if some folk are too ignorant to get that, then more fool them.

Both Pinter and Kitt got treated appallingly at times; Kitt was blacklisted for speaking out against the Vietnam War and couldn’t work in the US for over a decade (and this was well after McCarthy!), and Pinter was often outspoken against both British and american Foreign Policy, his acceptance speech for the Nobel prize forliterature offended many when the BBC did not show it in its’ entirety.

Rest in peace, both of you.

For Pinter’s sheer genius watch this clip from The Birthday Party, the interrogation scene. In which Josef K’s arrest seems like a mild understanding, and Harry Palmer was just having a joke played on him…

* I wasn’t very cool, then as now, in fact, I loved Polanski’s version of Macbeth as well.

** I am aware that this has been disputed and may also be to do with Cave misreading Dostoevsky.

*** Rock music definitely had an effect on what I read and my consequently ending up studying philosophy: The Cure and the Fall lead to me reading Camus and Sartre, for example. And reading The Naked Lunch was kind of an obvious next step. (Still haven’t finished the Catcher In The Rye, though)