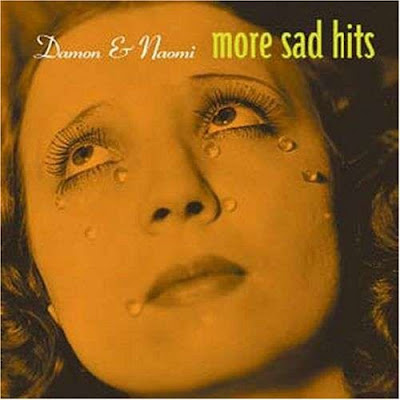 A year after Galaxie 500 dissolved, Damon Krukowski and Naomi Yang returned to producer their producer Kramer’s studio and recorded this album chock-full of what have been described as psychedelic break-up songs.

When Galaxie 500 had disbanded, they weren’t even sure about continuing, and according to the sleevenotes to this re-issue, seemed to have enetered a stage of almost hibernation where they listened to Robert Wyatt’s Rock Bottom over and over again. Comrade Wyatt – and I use that phrase as warmly as possible – described this album on release as being “Like real water in a world of soda pop.” It’s so real, so pure…so different. Yes, of course you can hear aspects of Galaxie 500 in here, but if you’ve never heard Damon and Naomi before, don’t simply expect them to sound like Luna. This is some of the most beuatiful and fragile music you will ever hear. Belle and Sebastian and Low amongst others must have been taking notes.

But don’t simply pigeonhole this as hardcore indie or slowcore or whatever. This is an album that has widely, and rightly, become regarded as an underground classic. now it’s time for it to become as well-known as it deserves.