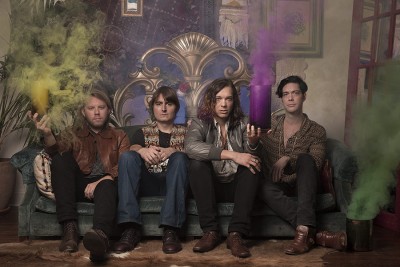 There are, as ever, no shortage of artists for me to write about here at 17 Seconds. And normally, a follow-up email is usually consigned to the junk folder without being opened. But in the case of Chappo, I decided to give it a go, and I’m so very glad I did.

The band formed in the East Village of New York in 2009. In the words of the press release ‘Drawing on both the guitar-driven psychedelia of ‘60s west coast rock and the legendary Dr. John,’ they have supported the likes of Of Montreal, Imagine Dragons, and The Flaming Lips. They are due to touring the UK and Europe in 2016. Their second album Former Future Self was released in January of this year, from which ‘Mad Magic’ is taken:

The delightfully mad video for this has just been released: