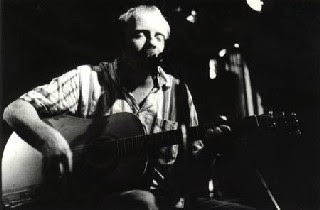 Yesterday evening, I received an email from Mike at Manic Pop Thrills. Mike is getting a campaign going to get Malcolm Middleton’s third release from the A Brighter Beat album to no.1. Most importantly, the Christmas no.1.

The single will be released on December 17, and available as a digital download -which means it can be bought from iTunes for 79p.

Before anyone starts on the ‘But people won’t buy a sad record at Christmas, let alone get it to No.1’ I would like to point out that in 1995, the Christmas no.1 was ‘Earth Song’ by Michael Jackson, and in 2003 it was ‘Mad World’ from Gary Jules. Neither of which were very upbeat, were they? And the Malcolm Middleton song is at least jaunty and upbeat (musically!), and a great song.

Also important is the fact that the song will be up against X-Factor winners, whoever they will be, and so this is also about the battle for good against evil, socialism versus capitalism, the scottish cult indie musician versus a global terror perpetuated by Louis Walsh and Simon Cowell.

Apparently it may also be up against a release by Led Zeppelin. Now, Zep were great, but, let’s face it, if the Wedding Present still refuse to do encores in 2007, then Page and Plant and Jones should still be refusing to do singles in 2007. No sell out!

The odds at the bookies are 1000-1 on ‘We’re All Going To Die’ getting to no.1 for Christmas. So let’s mess with a few heads…
To paraphrase Bill Nighy’s character in Love, Actually: ‘Wouldn’t it be great if this year the Christmas no.1 wasn’t some muppets that have won a TV ‘Talent’ show or some aging rockers on their comeback, but a guy from Falkirk who deserves far more recognition than from just bloggers and indie kids?’

And spread the word. Today is November 8, so we have about five weeks.

To whet your appetite, here are some Malcolm Middleton tracks:

From A Brighter Beat

Malcolm Middleton -‘Fuck it, I Love You.’ mp3 (via Yousendit)

Malcolm Middleton -‘Beep Beep, Love You.’ mp3 (via Yousendit) (for people not grown up enough to cope with swearing)

From Into The Woods

Malcolm Middleton -‘Devil and the Angel.’ mp3 (Via Yousendit)

Malcolm Middleton’s site is here and his Myspace is here, you can hear the single at the latter.