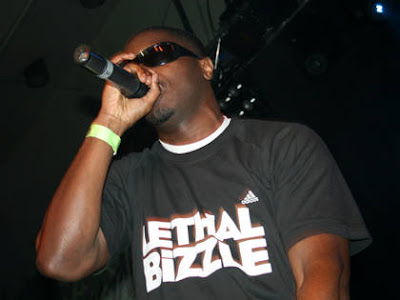 …Just what it says on the tin. So as to keep up the covers posts but make sure I was posting stuff I hadn’t posted before, these are tracks I’ve ripped from the b-sides of 7″s in my collection.

First up, Eddy Grant was in the Equals in the late sixties, a mixed-race British reggae band when this was quite a radical concept. They reached no.1 with the song ‘Baby Come Back’ later taken back to no.1 in 1994 by Pato Banton and and the Campbell Brothers from those ‘Kings’ of the reggae cover version, UB40. One of the Equals’ other well-known songs ‘Police On My Back’ was covered by The Clash in the 1970s. Last year Grime or Grindie (Grime and Indie, DO keep up) Lethal Bizzle (above) covered the song, including a sample of the Clash’s version.

Lethal Bizzle -‘Police On My Back (Equals cover).’ mp3

‘What A Waster’ was the world’s introduction to the talents of Pete Doherty and the Libertines. Moldy peach Adam Green covered it on the b-sides of one of his solo singles ‘Emily.’ Pete Doherty returned the compliment by covering the Moldy Peaches‘ ‘Who’s Got The Crack?’

This song was originally by X-Ray Spex, and Scottish indie-poppers Bis covered it on the b-side of their 1998 7″ ‘Action And Drama.’

Atomic Kitten were or are a fairly irritating all-girl band in the early part of the decade, but the Sick Anchors saw the potential of this Andy McLusky (Orchestral Manoeuvres In the Dark) number and turned it into something quite heartbreaking.
The Sick Anchors were Aidan Moffat (of Arab Strap), Stuart Braithwaite of Mogwai and Colin ‘Sheepy’ McPherson. This EP also included their version of The Fall’s Bill Is Dead.’

In my humble opinion, Placebo‘s finest moment to date in their decade-plus long career is the single ‘The Bitter End.’ This was the b-side to the 7″ single , a cover of Boney M’s ‘Daddy Cool.’ Whatever that might sound like down on paper, it works really well, IMHO:

The Wedding Present famously released 12 7″ singles, one a month in 1992. The August single was Boing! They all featured a cover version on the b-side, and that month’s was Isaac Hayes‘ Theme from Shaft.

Ash have done some fine covers over the years, including their version of Abba’s ‘Does Your Mother Know?’ This song, a cover of John Lennon‘s ‘Give Me Some Truth’ was the third track on the 1995 7″ ‘Angel Interceptor.’

Ash -‘Give Me Some Truth (John Lennon cover).’ mp3

BONUS: Finally not an mp3 of any of the 7″s in my collection, but an m4a (will play in iTunes) of the Jesus and Mary Chain covering Syd Barrett’s Vegetable Man (THANK YOU, BEN!):