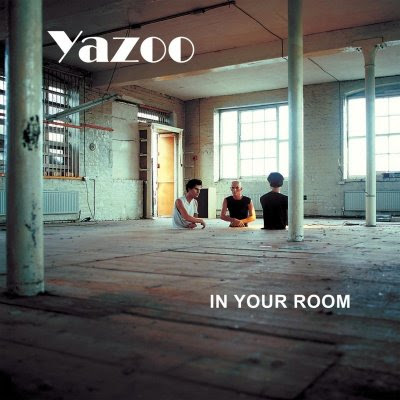 1982, Britain. Bloody hell. Despite the fact that the country was politically in a horrendous place, going to war (in part of the world that Britain had forgotten about until it suited the ruling Conservative party to go to war over it and cover up just how despised leader Margaret Thatcher had been at that point), an opposition party that was shooting itself in the foot, the Cold War still stretching on, America no better either… at least Britain had something exciting going on musically. I was only five for much of it, so I cannot claim to have been doing much to help politically (It would all have been bloody different, I’m telling ya!) but I still feel, over quarter of a century later that I would have loved to have been involved in the music of the time.

Punk had long gone back underground, post-punk was starting to wither on the vine (but it had been a few glorious years), the Independent music scene was blossoming, and ‘pop’ music was actually seen as something to aspire to. People like the Associates, The Human League -and their offshoot, Heaven 17, Orange Juice, Scritti Politti were some of those who had come out of the post-punk scene, but were showing that ‘pop’ could be something intelligent and stylish. From Basildon in Essex, four boys in a band called Depeche Mode had been signed to Daniel Miller’s Mute label (one of the great independent labels, which would remain so, until this decade). One of them, a keyboardist called Vince Clarke, was mostly responsible for writing Mode’s debut LP Speak and Spell.

Within a very short space of time, Vince wasn’t happy in the Mode and went off on his own, slightly miffed that the rest of the band were not interested in a tune he’d written called ‘Only You.’ He teamed up with a girl he’d known for a long time in Basildon called Alison Moyet…and for fifteen months and two LPs, they were Yazoo. (Yaz in America).

The first of those two albums, Upstairs at Eric’s, is the first disc of this three CD and one DVD box set. It has dated amazingly well, and this is due, surely, not just to the fact that it has been remastered, but the fact that this was truly amazing and groundbreaking pop music. Also, to the fact that opposites attract. Alison Moyet had advertised for a blues band in Melody Maker, and ended up getting together in a duo with the boy she’d known from music school. vince was a boffin, who knew his keyboards, even if he couldn’t play piano. It didn’t matter, Alison could. The cover, with its’ mannequins looks stylish still, an aesthetic reminder that for a time being indie and pop was not oxymoronic.

Did I mention the songs? ‘Only You’ and ‘Don’t Go’ made both the Top Ten and John Peel’s Festive Fifty, securing them several appearances on Top Of The Pops. (All of the seven appearances they made on that legendary institution are included on the DVD). But there’s so much more than just the singles. Songs like ‘Winter Kills’ which like Japan’s ‘Ghosts’ is goth just before goth started to happen, and ‘Goodbye 70s’ which could have been a single. Then there’s the utter insaneness of ‘I before E Except After C’ which could give the Aphex Twin a few lessons in weird electronica and ‘In Your Room’ which still startles. The best way that music can keep changing is to get startling music into the mainstream. This was the year that Japan’s ‘Ghosts’ became their biggest hit. Is it just possible that the charts were more open to innovation back then?

After an inbetween albums single ‘The Other Side Of Love’ Vince and Alison set to work on their sophomore and final LP, You And Me Both. Separately. As they say in their interviews on the DVD, they weren’t communicating properly, and they’d parted company by the time the album was in the shops. The fighting dalmations shot on the front of the LP sums up the situation in the band at the time. A shame, because whilst it’s not quite as startling as …Eric’s, it’s still a sound reminder of how good the songs were, and what made the partnership special. The opening track ‘Nobody’s Diary’ was another huge hit, and tracks like ‘Anyone’ and ‘And On’ as heartrending a ballad as anything on the first album.

As well as the two remastered albums, the box set includes a third CD of remixes (twelve tracks, of which five are ‘Situation’ the b-side that became a club hit in America and a chart in hit the UK in 1990) and a DVD. The DVD features a documentary with contributions from both Vince and Alison, Andy Bell, Mute label boss Daniel Miller and (somewhat inevitably) Paul Morley. It’s illuminating, watchable and well put together. It also features all the videos they ever made, and all their BBC TV appearances. For a band who were only together for fifteen months, they appeared on Top Of the Pops seven times. No mean feat.

As to what happened afterwards, Alison took that voice and had a very successful solo career. Vince formed the Assembly, who had a one-off hit with the Feargal Sharkey-voiced ‘Never Never,’ before forming Erasure with Andy Bell. And people still kept comparing Andy Bell to Alison for many years after. Now Yazoo have reformed for live dates, but what’s impressive is that they are not on the chicken in a bsket circuit, but playing huge venues both in Europe and the US. They are recognised as pioneers, not as musicians desperate for a comeback at any price, and that’s exactly how it should be.

It’s worth bearing in mind also that Upstairs At Eric’s predates New Order’s Power, Corruption and Lies and The Cure’s singles like ‘Let’s Go To Bed’ and ‘The Walk.’ And also that Goldfrapp are signed to Mute. And that you can hear so much of the sound that Yazoo pioneered in so many places in 2008, LCD Soundsystem, Hercules and Love Affair, MGMT…

I was genuinely excited when Mute sent me this box set to review. But on the quality of these discs, I would have happily bought it. If you love dance or electronic music, hear the roots of it here. On the evidence of this, Yazoo were amongst the people who blazed the trail for many who followed.

These remixes appear on Yazoo’s official page. You need to hear them.