Brian Wilson is a legend. Without him and Paul McCartney trying to outdo each other with the Beach Boys and the Beatles respectively (just in case you’ve been under a rock, for forever) over the course of the sixties, that decade could have turned out to be very different musically. And while like a lot of very talented people he’s had to confront a lot of demons, there can be no doubt that he’s a supremely talented musician.

So how does his eleventh solo album measure up? Well, leaving aside the rather cringeworthy pun of the title (unless that’s an oblique reference to the fact he wasn’t into surfing), there are some great bits on this album. The opening ‘This Beautiful Day’ is only ninety seconds long, but the 60s Beach Boys harmonies meeting 1950s smoky jazz and is simply stunning, and it’s an example of Wilson’s utter genius that he does more with these ninety seconds than some artists do with an entire lifetime. And the album is also bookended with the appropriately titled ‘Last Song’ which stays just the right side of schmaltz, and might just be the best thing on here.

It doesn’t all work. ‘Runaway Dancer’ a collaboration with Sebu, and ‘Don’t Worry’ see him flirting with disco, of the ultra-watered down variety, rather than the Nile Rogers-helmed goldlike variety. ‘Whatever Happened,’ which is in part a collaboration with Beach Boy Al Jardine is classic Wilson in terms of form and style, and yet not, somehow, ultimately in the final result.

But there’s a number of excellent songs on this collection which make it worth investigating, such as ‘Our Special Love,’ ‘Sail Away’ and ‘Tell Me Why’ which demonstrate that fifty years on, he most definitely still has got it. Like a lot of albums ever since the advent of CD, this album may be a little long, but that shouldn’t stop you checking out the songs within.

No Pier Pressure is out now on Virgin/EMI. 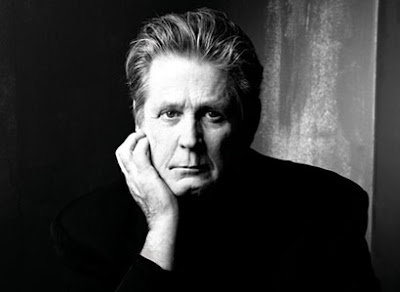 First of all, another instalment from Scandinavia. This song is great, and it deserves to become one of those perennials, IMHO:

The Christmas album (the concept, as opposed to just Low’s album) seems to be much bigger in the US than it is over here in Scotland and the rest of the UK. I haven’t heard the whole album, but this was released by Brian Wilson a couple of years ago, as a 7″ single too:

Brian Wilson -‘What I Really Want For Christmas.’ mp3

And a Brian Wilson-related song from over forty years ago…

And don’t forget to drop by here tomorrow, there’ll be more treats. Heading in the direction of the USB turntable armed with White Stripes, Waitresses and Wedding Present…