” Sorry, but how can you post this stuff on your blog? I mean, it’s not new, it’s not indie, and many of these acts are surely acts that you would slag off. At least, I thought you would. Isn’t it what you would normally be saying that Sid Vicious and Kurt Cobain didn’t die for?”

Ah……do me a favour and sod off. This is my blog, and if I want to post some eighties cheese…as well as posting about more hip and trendy artists*, I will.

Yes, some of these artists may have been responsible for some utter rubbish, but most people have got at least one good single in them. With the possible exception of Celine Dion. But it’s a nice day, and I don’t want to stress myself any further.
And anyway, I challenge all of you not to say that you like at least one of these.

And as for YOU, don’t LIE. No-one likes a snob.

I think these two songs are, in fact, two sides of the same coin. About looking back and realsing that whatever your age, perhaps the best days may have passed, as the idealism fades and the cynicism sets in. Listen to the lyrics of ‘Boys Of Summer’ carefully but avoid most of the stuff Henley did with the Eagles. Yuck.

Fleetwood Mac are one of the few AOR bands I will defend to the hilt, whether it’s the blues stuff or the later, Californian stuff. And this solo song from Stevie Nicks is brilliant. Anyone else recognise which R’N’B hit of the decade sampled it?

I’m still trying to work out which 70s punk-era singer is being referenced in Hanif Kureishi’s The Buddha Of Suburbia. Because, it’s obviously partly John Lydon…but does no-one else think there’s a touch of Billy Idol, too?

Always bigger in the states than the UK, this was a top ten hit. Oh, and Aztec Camera covered it too.

And if anyone so much as mentions the words ‘Post-modern’ or ‘Irony’ I’ll wrap your Media Studies text books round yer neck. 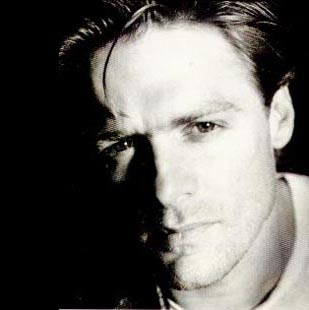 Everyone has them, the songs we’re not meant to like, the songs that Kurt Cobain, Sid Vicious et al died so that we wouldn’t have to listen to.

And quite often they may be made by people whose work we cannot otherwise stand.

This track is a case in point. I am very happy never to have to hear ‘Everything I do, I Do It For You’ by Bryan Adams ever again.

So why is it, that this track, which I should despise beyond all measure, almost as muchas anything by his compatriots Celine Dion and Nickleback * involuntary shudder* is great?

(I know, other bloggers have laid down all manner of defences of me, and I repay them by posting this.)