If it’s been a bit quiet of late around here, I was working on an article on the KLF for God Is In The TV.

You can check it out here and just in case you needed a reminder of the album (long-unavailable in the UK), you can stream it below: 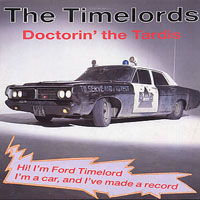 The scene: A charity shop, somewhere in the British Isles. Staffed by helpful people, who are mostly, though not exclusively, over 65 and female. Two ladies are drinking tea. An unsuspecting male customer walks in. He is looking shifty, despite his attempts to look cool.

Male customer: (trying to get out of there as quickly as possible, he’s suddenly had a flashback to a Harry Enfield sketch) I’ve brought in some CDs I thought you might like…

Lady #1: Let’s see them, young man (Her smile is fixed, though her eyes have taken on a slightly demonic look)

Male customer: Well, I’m in a bit of a hurry…If I could just leave these here…

He turns round only to find that Lady #2 is standing right behind him.

Lady #2: I think you’ll find my friend told you to open your bag, young man. SOOPENTHEBLOODYBAG!

He does so. The two ladies look at each other in glee. The young man is so shocked, he falls flat on his back as they begin to cackle and sneer at him.

Lady #1: Bloody hell, it’s worse than when Maurice bought in all those ELO and Julio Iglesias LPs!

Lady #2: Isn’t it just! [She reaches into the bag, picks each one out with glee and starts throwing each one at the young man, who is cowering in fear now, as she reads out the names] Mr. Blooby! Bombalurina! Whigfield! Black Lace!

Lady #1: You little prat, didn’t you thinkwe were going to accept this crap, did you? We have taste too!

Lady #2: Stop a second, what the hell’s this? [She reaches into the bag] I knew there had to be some gold in here, it’s the Timelords

Male customer: Aw what? What the hell’s that doing there? I wasn’t giving that away…

He reaches for it, only to find his arm is being brought down to the ground sharpish.

Lady #1: Shan’t. Now get out of here and take your crap with you…

It is a truth universally acknowleded, to paraphrase Jane Austen, that the only decent novelty record ever made was ‘Doctorin’ The Tardis’ by The Timelords. This reached no.1 in the summer of 1988, for a week, only to be displaced by Bros’ ‘I Owe you Nothing.’ It was credited to Ford Timelord, Lord Rock and Time Boy. It sampled The Doctor Who theme, ‘Blockbuster’ by the Sweet, and built heavily upon ‘Rock’n’Roll Part 2, by erm, Gary Glitter. In those days his name wasn’t synonymous with the lowest of the low.

The Timelords, as anyone over thirty will know, was in reality Jimmy Cauty and Bill Drummon of the KLF. Two men who would have several hits over the next few years, shaking up the music business in the process. They then retired from the music business, but not from bizarre stunts. Amongst these were awarding £40,000 to Rachel Whiteread for worse artist of the year, for the same piece that she’d just won the Turner prize for (a mere £20,000 prize). Whiteread also grumbled that she’d been blackmailed into accepting the £40,000 as they had said they would destroy the money otherwise.* They also burned what was left of their KLF earnings in 1994, which wound quite a few people up. I suspect in a week when Britain’s MPs have been getting hammered for claiming for all sorts of things from the taxpayer when the country’s in a deep recession this might not go down terribly well.

Still, they were arguably the most Situationist band in music, after Malcolm McLaren got his hands on the Sex Pistols.

Read about the Timelords on wikipedia and the KLF here

As a few bonuses…I don’t own these rare as hen’s teeth tracks, but thanks to those men who do:

The KLF vs Extreme Noise Terror -‘3AM Eternal.’ mp3 (thanks to Steve for posting this)

The KLF presents the JAMMS -‘The Queen and I.’ mp3 (Thanks to JC for posting these)

* If anyone would like to blackmail me into accepting £40,000 that’s fine.