It was slightly scary last year how quickly the knives were out for Lana Del Rey, considering how ‘cool’ she had been a matter of weeks earlier. One not particularly amazing Saturday Night Live performance and you would have thought that she’d ripped up a picture of the Pope like Sinead O’Connor (actually that was an overreaction that had nothing to do with spiritual leadership and a lot to do with misogyny). Her debut album was ok, but because she hadn’t delivered a masterpiece, well she’d obviously let everyone down, hadn’t she? Not to mention using a stage name? I mean, Elvis Costello or Bob Dylan wouldn’t get away with that, would they…oh, hang on.

Anyway, for those of you who have four minutes to spare, check out her version of Leonard Cohen’s ‘Chelsea Hotel #2.’ Simple, haunting and very, very beautiful…

As far as I can establish, at the time of writing the Lana Del Rey version is not available to buy yet.

There’s an interesting piece on the hotel itself (yes, it is a real place!) here 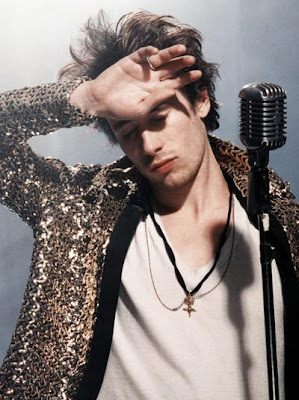 OK, the likelihood of stopping Alexandra Burke being Christmas no.1 is alas, something I do not have the power to do, unfortunately, but it looks like Jeff Buckley could have a massive smash, with a song that’s not even physically released.

And yes, it’s a Leonard Cohen song. There is, apparently, a facebook group of people committed to buying the song as performed by Jeff Buckley, so let’s see what people can achieve. BTW anyone know what happened to Brigyn and their fantastic version in Welsh?

And, seeing as he wrote it: Leonard Cohen’s version:

And because I’d feel guilty not including it, and because it was supposedly an influence on the way Jeff Buckley did it, John Cale’s version:

Go and take on X-Factor. Nothing against Alexandra Burke, but because Simon Cowell is nearly as a big a threat to music as the DMCA and the RIAA!