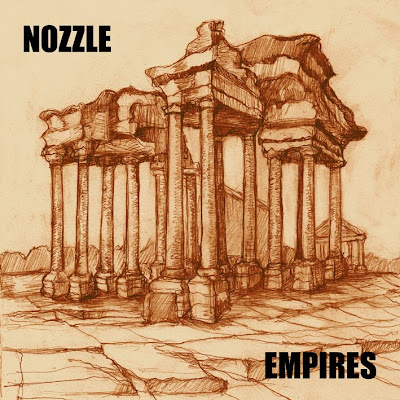 The third album for Dave Blomberg sees this three-piece on fine form. Ten songs and forty minutes long, the album is solid and a joy to listen to. while many bands still persist in trying to fit as many songs onto the CD as will fit, often at the expense of any quality control, Nozzle show how it should be done.

The guitar-playing of Dave Blomberg is a particular joy. At the risk of sounding like some pre-punk hi-fi enthusiast (I am neither); for the real subtleties that make up this album make sure you give it a listen on headphones. Lyrically it’s strong too. Blomberg played with New Model Army for a long time, and fans of that band will find much to enjoy here. His voice bears no relation to Justin Sullivan’s, and it should be made clear that Nozzle do very much plough their own furrow. Their roots are in the DIY ethic and they have kept to that.

When so many rock bands become lost in over-production, over-instrumentation and sometimes just in being over the top, it’s great to report that here is a band who do not feel the need to go down that route. There’s heartfelt sincerity here, without ever becoming painfully earnest. Highlights of this album would include the title track, ‘Complicated’ and also the closer ‘The End’ the final chord of which lingers, like a pleasant audio after taste. 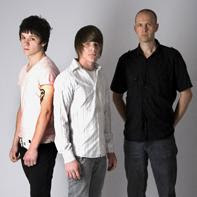 Nozzle is the band led by Dave Blomberg, some time guitarist with New Model Army. On this track, ‘Complicated’ they remind me of that strand of rock that never seemed to quite have a name per se, and got lumped in with goth in the eighties. It’s not jangly, it’s simple without being folky, and epic without being overblown. Good, melodic rock.

Oh Sod the labels, this is a great track, and one I think you should hear. For fans of the aforementioned Army, The Church, The Mission, and the Levellers. It stands on it’s own, and I can’t wait to hear more.