Public Enemy -‘It takes A Nation Of Millions To Hold Us Back.’ (Def Jam Recordings, 1988)

Boom! In your face.

Public Enemy’s sophomore album from 1988 more than developed the promise of their debut Yo! Bumrush The Show, it showed that they were major contenders, not just in hip-hop but in music generally. There’s more righteus anger here than in one hundred punk albums, and whilst you could party to this album, it was a wake-up call for many.

‘Too black! Too strong’ runs ‘Bring the Noise.’ ‘Radio stations…I question their blackness. They call themselves black – but let’s see if they’ll play this’ says Chuck D. They may not have been knocking on the door of the daytime playlist in the UK then (and this is twenty years ago, remember, much less variation in what was available), but they were breaking into the charts. Political, in your face music. Hip-Hop was here to stay, producing not just party jams, but music as political as punk, as the protest singers of the sixties. Public Enemy clearly felt like outsiders and they were not taking crap off anyone.

Politically of its’ time – Hip-Hop was described as being the black person’s CNN, pointing out that mainstream media in the US was not speaking to a united nation. It was twenty years since Martin Luther King had been assassinated, another twenty years until Barack Obama would be elected US President. Whatever had been achieved, there was a hell of a lot to do.

I was eleven when the album came out – and to my shame it was nearly ten years later when I properly started to listen to it. For me, this was the album that taught me how to listen to how an album was produced and put together. There is a very strong possibility that this could be the best-produced album ever, so kudos to Rick Rubin. This is an album that much can be learned to from listening on headphones. Not wasted on ghastly muso musings, but listening to intricacies on here, the beats, the samples, the tightest rhythm ever.

Singles that made an impact were ‘Bring the Noise’ (later re-recorded with thrash metal band Anthrax to stunning effect in 1991) and ‘Don’t Believe The Hype’ but for me the standout track is ‘She Watch Channel Zero?!’ one of the most intense things ever committed to vinyl.

Frequently appearing in ‘best of’ lists for the eighties and Hip-Hop, this is simply one of the best albums ever. 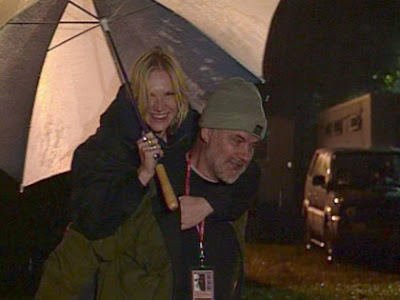 Tonight’s selection is a variety of Peel-related music:

First up, this was not a Festive Fifty entry, but it was a request earlier in the week, so cheers to Tom at Indie mp3 for this:

Another band that seem impossible to track down, so cheers for these…

Some lost Smiths classics, including one of my favourite tracks of theirs ever, Sheila Take a Bow:

Jesus and Mary Chain did pretty well in the Festive Fifty between 1984 and 1988, though they cropped up again in the nineties, too:

Thanks to everyone who has helped me locate tracks. You rock.

You know what I’m going to ask now, don’t you?

That’s right! I’m on the scrounge for stuff I still cannot find…

That Dog -‘One summer Night.’ 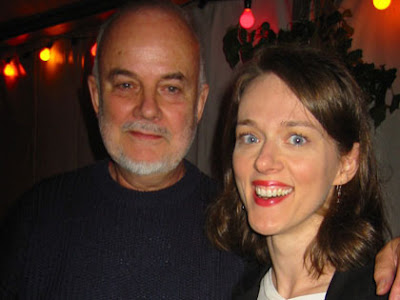 I’ve got to say, I’ve been very impressed with the amount of feedback I’ve been getting over the last few weeks since I started doing the Peel Festive Fifty posts. It’s great, and I just wish that when I posted about new music I got the same response (did no-one like the Vampire Weekend tracks?)

Anyway, here are another ten; 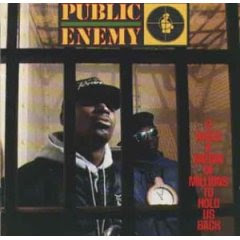 (with apologies to The Wire‘s epiphany section, from which I stole this from).

There hasn’t been a great deal of Hip-Hop featured on the (electronic) pages of 17 Seconds so far, but that shouldn’t be taken as a sign that I don’t like it. Far from it. It’s far more an indication that it’s not a genre that I feel I can write with much authority on, and there are many more out there who can do so.

However, there have been many Hip-Hop singles and albums that have done a lot for me. I was ecstatic when I eventually managed to track down a 12″ of KRS-One’s ‘Sound Of Da Police’ (might post that here soon), and albums like Jay-Z’s The Blueprint, Mos Def’s Black On Both Sides and Wu-Tang Clan’s Enter the 36 Chambers have opened my ears a lot. And not forgetting Grandmaster Flash, Sugarhill Gang, RUN DMC, Missy Elliott, Kelis, Jurassic 5…

But if I had to pick one Hip-Hop album that’s had the most lasting effect on me, it has to be Public Enemy’s 1988 album It Takes A Nation Of Millions To Hold Us Back. The reasons for this are not just to do with the music and songs, which are pretty amazing, but the way the album is put together and how it sounds. I’d been aware of Public Enemy for most of my music listening life, but I first heard this album when I was twenty in 1997.

The effect on me was quite considerable. The anger was righteous and infectious, articulate and appealing. I understood, perhaps for the first time, just how effectively samples could be used (DJ Shadow’s Endtroducing… had been released not long before, but I was starting to expand my palate from the almost incessant indie and britpop that had dominated it for several years at this point). lent to me by a friend at uni, it changed how I listened to music. Not just in terms of the lyrics or the melody, but about the completeness of recorded music. The track ‘Security Of the First World’ certainly sounds like it might have been sampled by Madonna on the ‘Justify My Love’ single in 1990. The beats and manipulation of sound by DJ Terminator X are still a revelation, nearly twenty years after the album was released. And it’s good to note that three of the album’s tracks were Top Forty Hits in the UK, the album made the Top 10 and was the NME writer’s album of the year. Not only an underground act, but a successful commercial act.

It was a result of listening to this album that made me appreciate other records for what they were. Working in London in the summer of 1999, I had my headphones on a lot of the time, listening, to amongst other things Sonic Youth’s Daydream Nation, Jesus and Mary Chain’s Psychocandy and the Beatles’ Revolver. The latter is my favourite album of all time, but it was listening to Public Enemy that helped me to appreciate all the sonic tricks that went on, that help me to listen to it carefully, and invariably hear something new every time I listen to it, no matter how many times I’ve played it.

Public Enemy’s influence went beyond just US Hip-Hop too. In 1991, Chuck D collaborated with Anthrax for a version of ‘Bring The Noise.’ Meanwhile, in 1995, Tricky and his then collaborator Martina Topley-Bird had a hit with their cover of ‘Black Steel In the Hour Of Chaos’ released as ‘Black Steel.’ It’s a measure of the UK that these records were both Top thirty Hits, even if in an alternate world they should have been no. 1s. Ah well…