Dead Slow start tonight’s show. Hailing from London, the two piece do an awesome take on the grunge/shoegaze soound which is rather good. They could certainly give Warpaint a run for their money.

Next up are A Grave With No Name. Fronted by the charismatic Alex Shields, it’s a surprise to discover (after the show and an internet trawl) that they are English too, because his look is straight outta 1990s American alt-rock. The Cab is getting so full that it’s impossible to get close and hear them inbetween songs, and I’m unable to report back what they played. What I do know is that I really loved it. The three piece are the missing link between Sebadoh and Neil Young circa Freedom/Ragged Glory with hints of the Pixies, Galaxie 500 and the Velvet Underground. How impressed am I by the two support bands? Let’s just say I picked up a CD and a 7″ from the merch stall – and am typing up this review having bought A Grave With No Name’s debut album A Grave With No Name off eMusic. It’s great, by the way.

Now before I cover the night’s main attraction: a gripe. I’m certainly not holding Sebadoh responsible for this, but it was impossible to see much of their set. Lots of us were rammed in the doorway -somebody somewhere should be hanging their head in shame at how crowded it was. Gripe over).

There is – no surprise here – a massive cheer as Lou Barlow and co take to the stage. They seem genuinely humbled. In a world first, considering they were meant to be on stage at 9PM, they are actually on stage at 8: 40. At the end of the gig, with the 10PM curfew strictly enforced, Lou tells us that it’s probably the most efficient Sebadoh show ever.

Now I’ve waited a long time to see Sebadoh -and even if wedged at the back I can barely see a bloody thing- it’s an awesome show. The band are on good form, at what is the end of their European tour. It would appear that there has been some drinking going on beforehand. Lou has been enjoying Jagermeister -‘I’m in the home of scotch and I’m fuckin’ drinking Jagermeister!’ he quips.

But this should not give the impression of a band who aren’t on form. Because they are. And how. There’s lots of shouts for so many of the songs they have released over their career (and if anyone asks for anything by any of Lou’s other projects, I can’t hear it). Plenty of fast ones and a few slow ones too. In the case of ‘Soul and Fire’ quicker than it is on record, but it still works. And being as I got to hear ‘Not Too Amused’ ‘Ocean’ and ‘Rebound’ – to say nothing of ‘The Freed Pig’ whose complaining?

Not this happy punter!

Have been waiting for a delivery from a well known delivery firm including important things for 17 Seconds Records.

It is not here and I am well annoyed.

Bob Marley and the Wailers -‘Waiting In Vain.’ mp3

…cos it comes down to this: 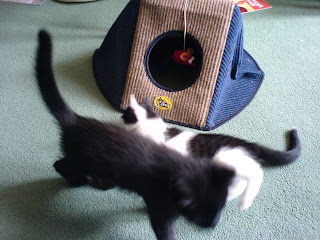