Ohhhh yes. Times New Viking return with their fourth album, and their second for the world’s most violently cool label, Matador. Following on from last year’s Rip It Off, what remains the same – thankfully – is an(other) album that’s fifteen tracks and thirty minutes long, and packs a mighty punch in that time.

Is it noise pop? Almost certainly, but very exciting and moorish it is, too. And there are different shades of light and noise here that show the palette remains varied over the course of the album. The two tracks that Matador have made available for download ‘No Time, No Hope’ and ‘Move To California’ more than ably reflect this; the former a loud-as…number while the latter is an anthemic number that nods to label-mates Yo La Tengo.

According to the press release (perhaps just to see whether people are reading it for anything else other than the words ‘Tengo’ ‘La’ and ‘Yo’), whereas the Rip It Off masters were delivered on cassette, the masters for Born Again Revisited were delivered on VHS. Oh, and that after exhaustive laboratory tests, Matador’s engineering staff can confirm that this album ‘features 25% higher fidelity.’ Okayyyy…

Your neighbours won’t thank you for blasting this loud at two o’clcok in the morning. But your aesthetic sense of appreciation will, and surely, that’s got to be more important?

Born Again Revisited is released on September on Matador.

From Rip It Off

(Picture taken from the matador website. Looking for photographer to credit)

Things must be busy around the Matador offices right now. NOt only are the Cave Singers set to release their new album, as is Jay Reatard BUT so are Times New Viking, whose new album will be out on September 21.

The avant-rockers, consisting of guitarist Jared Phillips, drummer Adam Elliott, and keyboardist Beth Murphy, have a new album which is entitled Born Again Revisited, and Matador have just made a track available for download entitled ‘No Time, No Hope.’

See what you think of this:

If you like that, then you should check out last year’s rather excellent Rip It Off, in which the band tear through sixteen tunes in thirty minutes (yes, you did read that right). This is taken from that album: 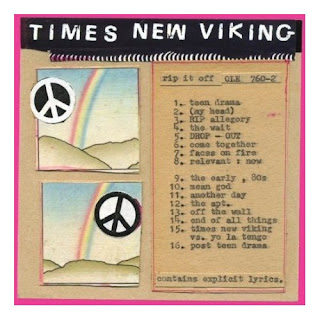 Calling Times New Viking noisy is rather like saying bands on Sarah records are twee or that thrash metal bands are too loud and too damn fast. It suggests an aesthetic equivalent of not being able to see the wood for the trees, to coin a cliché.

Because Rip It Off is a very noisy album. Quite honestly, I haven’t got a clue what they’re going on about on a lot of the tracks. But you know what? It doesn’t matter. Not. One. Iota. Over the course of sixteen tracks in about thirty minutes (you DID read that right) this is a sheer joy to listen to from start to finish.

The press release mentions Robert Pollard, Stephen Malkmus and Richard Hell. To me, it reminds me of Yo La Tengo jamming with early Sonic Youth playing the Moldy Peaches LP. And like that Moldy Peaches LP, will some of the songs might appear like little sketches, they do seem fully formed (unlike the way, say many Hip-Hop albums seem to be making up the space with skits or Damon Albarn’s rather half-baked Democrazy LP.

I’ve played this album several times since it arrived. I know that some folks won’t get it. But it’s here, taking no prisoners and having an excellent time of itself.

Why pussyfoot around? Get stuck in! 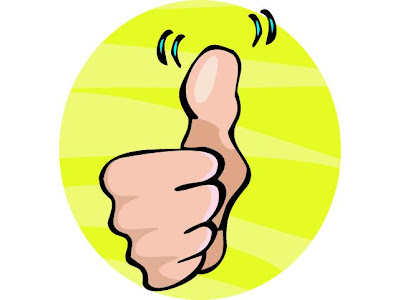 OK, maybe I should qualify that by saying that the acts concerned are new to me, but anyway, maybe some of you out there haven’t heard these either!

Hope you like what you hear, and if you do, please leave feedback!

Have a good weekend, Ed