My pile of releases to review gets longer and longer.

Amongst those on the list is the new album from Unknown Component The Infinite Definitive.

This song is entitled ‘Electric Dissolution.’ With a video that brings to mind Fahrenheit 451 and The Nightporter (probably erroneously but I mean it as a compliment), which I find haunting, disturbing and yet beautiful at the same time.

See what you think…

And if you would like to hear the new Unknown Component album in its’ entirety, follow this link. 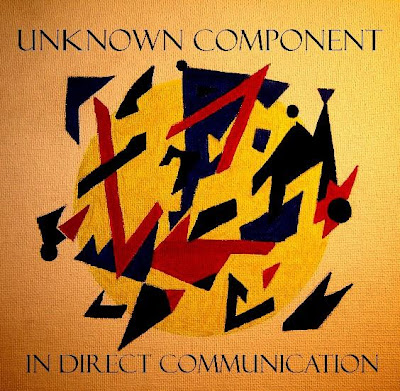 Unknown Component is Keith Flynn, who hails from Iowa City, Iowa. He has released several albums over the last few years, which can now be bought through iTunes. This has been sitting on my list of to do reviews for a long time, so first of all, apologies Keith.

Like many of the better albums you hear, this is one that grows slowly on you. I get sent a lot of singer-songwriters, and the key to reviwing them is to try and find out what makes them stand out from their contemporaries. The instrumentation is what grabbed me first, it’s subtle – but the songs slowly start to worm their way into your consciousness. Each time I’ve played this album over the last few weeks, I’ve heard something new, and enjoyed it more than the previous time.

Highlights for me include ‘Into the Sun’ and ‘Between Guilt and Relief.’ There’s some great playing here, some rather wonderful songs and probably some more for me to hear the next time I play it. I’m not going to compare it to anything else out there, I’m just going to let it stand on it’s own terms. Just as an indication, I started off thinking that I would give it three stars, then three and a half…as it’s soundtracked the afternoon for several plays, it gets…

In Direct Communication will be released on September 16.

Unknown Component -‘Into the Sun.’ mp3