It’s quite impressive to be able to report that BSP are five albums and ten years into their career.Whilst sometime labelmates like Messrs. Casablancas and Doherty (and their respective merry men) have seemed to hog the limelight at times (not always for the music in the case of the latter, either), BSP have got on with the business of being a great act on vinyl and live.

Whilst Valhalla Dancefloor doesn’t particulrly deviate greatly from what they have done over their previous albums, they give the impression that they are having far more fun than they have ever done before. Their songs are becoming ever more anthemi but -and this is the really good part -a)never descending into bombast and b)never soundling like a meat and 2 veg rock band.

BSP have always understood that experimenting and writing songs are not mutually exclusive ideals. Thus the first two tracks on the album ‘Who’s in Control’ and ‘We Are Sound’ tear the place apart, there are also tracks like ‘Baby’ and ‘Once more Now’ that are more reflective.

It’s not to say that this will be the album to catapault them to being a stadium-filling band, but I truly hope that this album will take them up another rung or two of the success ladder. It certainly deserves to.

British Sea Power will return with their fifth album (including Man Of Aran) next week.

Entitled Valhalla Dancehall, the indicators are that they are on fine form and they have even told NME that they’re finally learning to enjoy themselves. Glad to hear it. Though they’ve never had quite the level of coverage that some of their labelmates (particularly the Strokes and the Libertines) got, they’ve continued to grow.

The fine foliage-botherers have made ‘Who’s In Control’ available to download.

and finally, the tracklisting is as follows:

British Sea Power -‘Do You Like Rock Music?’ (Rough Trade) 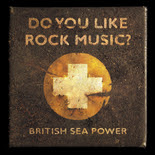 A little while ago, I said that this was one of the releases of 2008 I was really looking forward to. So, how does it shape up?
First things first: ignore that godawful title. Sounding like the band are going to be horribly rockist (as the original post-punkers used to say) or alternatively, painfully clever-clever, it is neither of those things.
Perhaps if there is an immediate reference point -and this has been flagged up already- is fellow Rough Trade labelmates Arcade Fire, with the dreamy epic flavour to it that often is found on the Canadians’ albums. Apparently Arcade Fire are fans and this seems to spill into the record.
2003’s debut The Decline Of British Sea Power had a playful experimental feel at times, which seemed to be missing on the follow-up, 2005’s Open Season. Instead, the epic dreamyness is there with some genuine emotional ups, that sound fantastic on record and no doubt even more amazing live.
First single ‘Waving Flags’ has already made the Top 40 in the UK, and there are plenty of other excellent tracks here, including ‘Lights Out For Darker Skies,’ ‘No Lucifer’ and ‘Power Down On The Ground.’
Having played this album twice already, and found it more rewarding on the second listen, this is another excellent album from British Sea Power, containing their gorgeous songs, with still an element of the sheer ‘what are they on?’ that made them so intriguing in the first place.

Do You Like Rock Music? is out now on Rough Trade records

British Sea Power -‘Power Down On The Ground.’ mp3 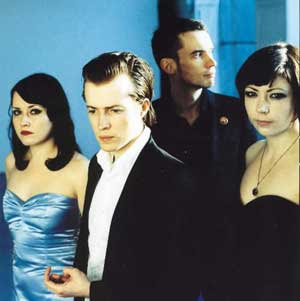 Sons and Daughters have a new album on the way called This Gift, which is promising to be very good indeed, if these two tracks are anything to go by. I keep reading different dates for the release of This Gift, but no doubt will have a review of this on here as soon as we can…

Meanwhile, British Sea Power may have delivered one of the other first classics of the new year in THIS single, taken from their third album Do You Like Rock Music?. With the football World Cup on the way, expect to hear this a LOT. Just as long as BSP don’t end up going the way of the Lightning Seeds…

Hope you have a good New Year’s Eve, if that’s your thing…