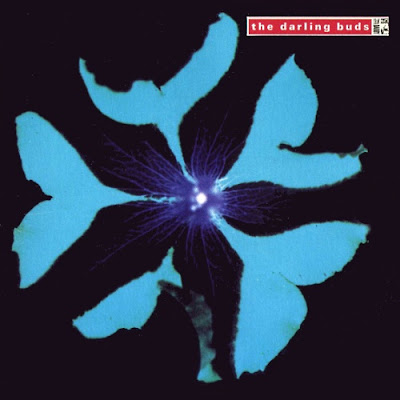 Their sophomore release, Crawdaddy appeared within eighteen months of their debut …Pop Said. This album saw The Darling Buds embrace more of the ‘dance’ beats of the time, which was happening a great deal at that time on the indie scene, even those bands who had come out of the c86 scene.

This does not seem to be available in the UK or US, unless you snap up a second hand copy, so many thanks to my reader Robert who sent me the files.

Disclaimer: I should categorically state here and now that I do not own the rights to this music, nor have I ever. This music is posted here in order so that people can hear the music, particularly those people who cannot locate a copy. I would recommend that if you enjoy this music you seek it out in a second-hand format and that the band and copyright holders re-issue it. If you are the copyright holder and do not wish we to post it here, e-mail me and I will remove it post-haste.

I’ve been meaning to do a post on the Darling Buds for a week or so, and in between marking school work have put together this wee feature. 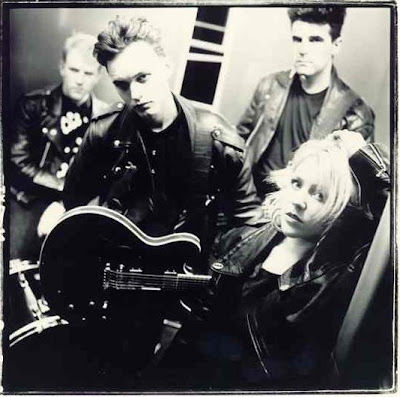 The Darling Buds were formed in Wales in 1986 (different sources list the band as either being formed in Cardiff or Newport). Taking their name from H.E. Bates’ novel The Darling Buds Of May, the original lineup was: Andrea Lewis on vocals, Harley Farr on guitar (the Chart Show once said that his name was Harley davidson as his dad had been a hells angel!) Original bassist Simon was replaced after the first single ‘If I Said’ by Chris McDonagh. ‘If I Said’ featured a drum machine but from the second single onwards the drummer was Bloss, later replaced by ex-Black (‘Wonderful Life’) drummer Jimmy Hughes. (Reportedly Feeder’s Jon Lee guested on drums, and also Donna Matthews, later of Elastica played with the band on a tour). Though their sound is not dissimilar to many of the C86 bands, like The Primitives they were John Peel favourites but not on the tape itself. They were also lumped in with the so-called ‘Blonde’ movement…oh, you’re ahead of me. Basically indie bands that had a blonde female singer and the rest of the band made of blokes in black looking moody (from what I can see the three main Blonde bands were the Darling Buds, the Primitives and Transvision Vamp; who were fronted by Wendy James, enormously popular in the UK for a while but nowhere near as good as the other two and whose music sounds very dated in 2008).

This was the Darling Buds first single in 1987, available on the CD86 compilation, and originally a self-released single.

In 1988, they signed to Epic/Sony, who released three Darling Buds albums between 1989 and 1992. these tracks come from the time of …Pop Said

Darling Buds -‘You’ve Got To Choose (New Version).’ mp3 [NOT the album version but a re-recording of the single which was released in July 1989)

…Pop Said has been re-issued by Cherry Red and can be found at Amazon. The other two albums are unavailable at the present ime

I am still looking for a copy of second album Crawdaddy, preferably on vinyl (but might try here on Amazon). These three tracks have been picked up from the blogosphere:

From the 12″ single, Crystal Clear:

In 1992 the band released their third and final album, Erotica, which I found a couple of months ago in an Oxfam shop in Glasgow. This track Sure Thing was their final single, and this version is taken from the 12″ single.

Some Darling Buds websites are:

here (as part of the Elastica connection)

Well, having not posted many videos here for a while (other than the links to the two Benga videos last week, obviously!) I thought I would post some classic 80s eighties indiepop videos here.

First up, Edinburgh’s gone but not forgotten heroes, The Shop Assistants. BTW, if anyone knows where in Edinburgh this video was filmed, or can work it out, let me know. The other day Mrs. 17 Seconds and I were watching it closely to see if we could work it out but without success.

I will do a post on the Primitives sometime very soon, having just got my hands on an excellent compilation of early stuff called Buzz Buzz Buzz, for the meantime, here is the video to Really Stupid.

Hmm, might well have to do a post on the Darling Buds as well. Some people derided them as Primitives copyists (blonde girl singer and three blokes in black! Ooh! must be copying them! *withering sarcasm*) but I thought they were pretty great. The first time I saw this video I was eleven years old.

Darling Buds -It’s All Up To You

Does anyone know if Primal Scream did videos for any of their pre-Sonic Flower Groove singles? This is, however, a class song and (nicely) typical of many of the indie videos of the period.

A fantastic song, controversial at the time given that the Grand Hotel in question was the one in Brighton where Margaret Thatcher and the conservatives were staying in 1984 when it was bombed. (‘Jesse Garon’ still runs a record shop in Edinburgh and is a thoroughly nice bloke).

Meanwhile, will try and write up Amplifico and Wake The President interviews… 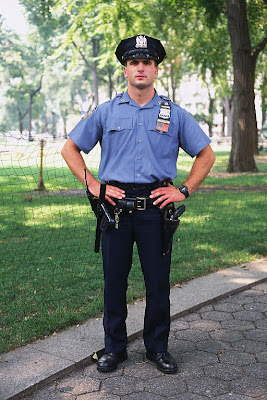 But I heard it was valentine’s day and even that couldn’t get you to comment on Cat Power or Aberfeldy!

In an attempt to let people get their hands on it again, I have reposted the final two tracks off the C86 cassette here:

and here’s a view tracks that really should be heard:

Only Ones -‘Another Girl, Another Planet.’ mp3

Wherever you may be, hope you’ve had a good day. I’m still enjoying my new job and will be even happier when spring comes…