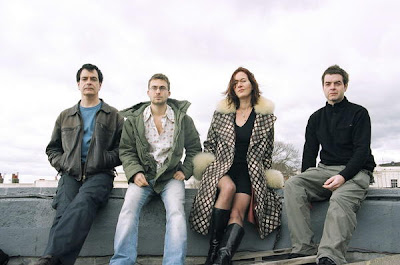 Another, oh five months or so, and everyone’ll be making their lists of the best of the year.

As 17 Seconds progresses, I have heard about seventy new albums this year alreadt, as well as masses of tracks, and face the task of trying to put it all in order for the end of the year. It does feel like it’s been a good decade for music so far, in fact; BTW did the nineties ever go through a phase of being out or was it accepted that it had been pretty good overall? There have been one or two rubbish albums -I never want to hear the Black Mountain album again, frankly, but there has been some great stuff.

Anyway, this is a Top 10 tracks of the year so far for me:

See what you make of it, comments welcome, but do not assume that it will be the same come December. Oh, and anyone who thinks that there is only ever white middle class indie boys with guitars on this blog is not paying attention! 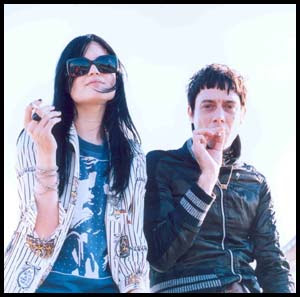 These New Puritans are one of those names that I’ve heard of and heard bits of but nothing had prepared me for this. Very loud, no extremely noisy and excellent. My mate compares them to Squarepusher and Hard-Fi having a punch-up in a dustbin (thanks for letting me use that, Gordon!) with Primal Scream circa XTRMNTR and Peter Hook pitching in as well.It’s bass heavy and utterly wonderful. Music to lose yourself in. They have so much echo on the vocals that you cannot make out what they say. This does not matter one iota. the final track features the bass player helping out on drums while the singer ramblings sound ‘dubbed out’ over white noise. This band are something special.

We wait ages for the Kills but the DJ or whoever plays pretty much the entirety of It Takes A Nation Of Millions To Hold Us Back, and let’s face it, that’s an album you can never hear enough. This evening, as I wait for the Kills to come onstage is time to reflect: the first time I saw the Kills they were the support act to Primal Scream (Edinburgh Corn Exchange, December 1992) and one of the most amazing acts I’d ever seen. The debut LP Keep On Your Mean Side appeared six months later and did not disappoint. Two years later the band dropped No Wow. Not as acclaimed as their debut but by now the band were as likely to appear at fashion shows as scuzzy gigs. They played a good set at the Liquid Rooms that night, but at the time, the future Mrs. 17 Seconds and I were exhausted, slumped across the tables upstairs as we listened. And three years later, the band have released Midnight Boom. In the interceding years, Alison Mossheart has contributed vocals to Placebo’s fifth album, the band have recorded a version of ‘I Call It Art’ by Serge Gainsbourg…oh yes, and Jamie has a celebrity girlfriend.

But enough of that. Tonight The Kills deliver on every promise and hint of greatness and slay the audience (given half a chance, I bet they’d actually do that, too). They tear into Midnight Boom’s opener ‘U.R.A. Fever’ and then into ‘Pull A U.’ If you’d ever forgotten why you liked the Kills then a show like this slaps you around the face and reminds you exactly why, dammit. ‘No Wow’ bristles with what I can only describe as gorgeous tension, while ‘Kissy Kissy’ is as bluesy as ever. As for ‘Fried My Little Brains’ and ‘The Good Ones…’ these guys are intense, in the best possible way. Hell, their encore ‘Love Is A Deserter’ manages to incorporate what sounds like the riff to ‘Funky Town’ and just explodes.

To watch the Kills on stage as Alison and Jamie do things that go beyond description with their instruments and sound, still just the two of them and a drum machine, is to understand that rock’n’roll lives, pouts and sneers still. They may sing that they’re tired of being cheap and cheerful, and really, they are so much more.

Ignore these bands at your peril.