Seven years since John Peel died (as I pointed out yesterday).

A handful of tracks from acts that he championed. If you like them, do go and investigate further.

There was stuff before Punk, y’know…

He knew that there was stuff further than just England…

Stuff from further afield than Europe and America:

Some stuff shoulda had a much wider profile:

The Smiths -‘There Is A Light That Never Goes Out.’ mp3

He certainly knew that it wasn’t just about guitars:

…and I don’t think anymore needs to be said about this, other than…ENJOY:

What was it about Peel? This was my contribution to Fresh Air’s special:

To me, John Peel was the radio DJ that all others were measured by. His sense of humour and passion for music – ‘I just want to hear something I haven’t heard before’ was infectious. Right up to the day he died, here was a man who cared about music.

The list of bands he championed from early beginnings who went on to have a massive impact – even if only for a while – is very long but would include artists as diverse as Led Zeppelin, Kelis, Captain Beefheart, Frankie Goes to Hollywood, Nirvana, The Cure, White Stripes, Happy Mondays, Queen, PJ Harvey, David Bowie…He took flack from the far right for playing reggae. He played the Sex Pistols when no-one else would touch them. He championed styles from Prog-rock to Dubstep to ‘world’; happy hardcore to folk to death metal. As a teenager I would listen under the bedclothes trying to stay awake until the end of the show (in 1992, if you missed a radio show, that was it, there was nowhere to go to listen again, unless someone happened to have taped it).

I’ve only done a handful of shows on the radio but when people say to me that they can hear the Peel influence, I’m flattered. It is not over-exaggerating to say that without John Peel the musical landscape of the last forty years in the UK (and indeed further afield) would have been vastly different were it not for him, and all the poorer for it.
I missed the night he read my name out on there, but fortunately by this stage the internet had come along).

If I’d ever been in a band that had got beyond the gigging and demo stage, given the choice between a Peel session and Top Of The Pops I would have chosen the Peel session.

Would I have been begging him to play 17 Seconds Records’ acts on his show? D’uh! 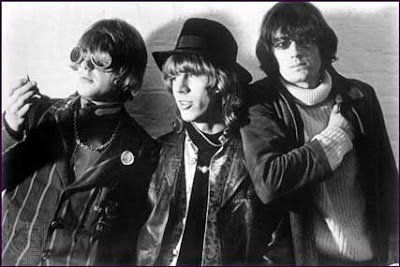 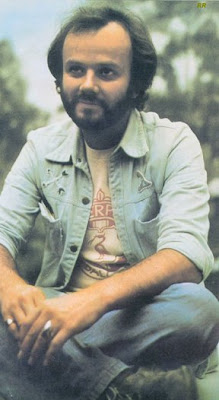 As before, thanks to people who have helped me complete gaps, so I thought I would share some of these with you:

First up, many thanks to Steve for this, which was actually a UK Top 20 hit single the following year, but I couldn’t find. Cheers Steve!

Another beautiful, sad song…maybe there WAS some good music pre-punk after all *tongue in cheek*

Meanwhile, those three elusive tracks from 1985:

Obviously, there are other mp3s I have been sent, thank you, these will appear at some point soon. And I’m also planning on having another Shop Assistants fest next week. Watch this space…