There have been no shortage of compilations of The Undertones’ five year recording career in the thirty years since they split. But if we put this to one side, this is a fine compilation of singles and album tracks from one of the punk era’s finest bands and one of the greatest bands from the Emerald Isle.*

And there’s so much excellent stuff on offer here. Whilst it’s hard to believe that there might be people who haven’t heard ‘My Perfect Cousin’ ‘Jimmy Jimmy’ ‘Here Comes The Summer’ there remains in common with their US labelmates The Ramones a delight in the pop song, and so much on offer here remains so fresh over a quarter of a century later.

Had they not split in 1983 (though the reformed band has issued two new albums Get What You Need and Dig Yourself Deep, minus original singer Feargal Sharkey) it would have been interesting to see what became of them, ‘Julie Ocean’ is heartbreaking and sublime and ‘It’s Gonna Happen’ a sign that Paul Weller and Elvis Costello weren’t the only ones from the punk scene getting interested in soul.

Not only awesome tunes but the attached DVD includes a wealth of bonus visual material, including the (rightly) acclaimed John Peel-narrated documentary Teenage Kicks as well as performances from The Tube and The Old Grey Whistle Test.

As for ‘Teenage Kicks?’ Well, it’s here, and sounds as brilliant as ever. It’s six tracks in -and yet as this compilation reminds you, there was far more to The Undertones than just that one track.

An Introduction To The Undertones is out now on Salvo

*NOTE: this should not be taken to be a comment on the politics of either Northern Ireland or The Republic of Ireland, or the land of Ireland as a whole, rather a wish not to comment!

The Undertones -‘My Perfect Cousin’

Seven years since John Peel died (as I pointed out yesterday).

A handful of tracks from acts that he championed. If you like them, do go and investigate further.

There was stuff before Punk, y’know…

He knew that there was stuff further than just England…

Stuff from further afield than Europe and America:

Some stuff shoulda had a much wider profile:

The Smiths -‘There Is A Light That Never Goes Out.’ mp3

He certainly knew that it wasn’t just about guitars:

…and I don’t think anymore needs to be said about this, other than…ENJOY:

What was it about Peel? This was my contribution to Fresh Air’s special:

To me, John Peel was the radio DJ that all others were measured by. His sense of humour and passion for music – ‘I just want to hear something I haven’t heard before’ was infectious. Right up to the day he died, here was a man who cared about music.

The list of bands he championed from early beginnings who went on to have a massive impact – even if only for a while – is very long but would include artists as diverse as Led Zeppelin, Kelis, Captain Beefheart, Frankie Goes to Hollywood, Nirvana, The Cure, White Stripes, Happy Mondays, Queen, PJ Harvey, David Bowie…He took flack from the far right for playing reggae. He played the Sex Pistols when no-one else would touch them. He championed styles from Prog-rock to Dubstep to ‘world’; happy hardcore to folk to death metal. As a teenager I would listen under the bedclothes trying to stay awake until the end of the show (in 1992, if you missed a radio show, that was it, there was nowhere to go to listen again, unless someone happened to have taped it).

I’ve only done a handful of shows on the radio but when people say to me that they can hear the Peel influence, I’m flattered. It is not over-exaggerating to say that without John Peel the musical landscape of the last forty years in the UK (and indeed further afield) would have been vastly different were it not for him, and all the poorer for it.
I missed the night he read my name out on there, but fortunately by this stage the internet had come along).

If I’d ever been in a band that had got beyond the gigging and demo stage, given the choice between a Peel session and Top Of The Pops I would have chosen the Peel session.

Would I have been begging him to play 17 Seconds Records’ acts on his show? D’uh!

Thin Lizzy -‘Whisky In the Jar.’

It’s not just about Belfast or Dublin, y’know! Mind you, it was depressing how many pictures of leprechauns turned up when I googled St. Patrick’s Day…

I have built up an ever more complete collection of Peel Festive Fifties, I have now completed 1990 thanks to two readers, david and Andy, who helped me track down Bastro. So tonight’s post from this very cold and snowy part of Scotland (not sufficiently hideous enough that we didn’t have to get the day off work though!) focuses firstly on 1990, a year when much of the stuff has proved difficult to get hold of. Thanks to everyone who has helped out with these over the years!

Now skipping forward a bit, to this deacde, for some reason many of the tracks featured by Mr. Peel have proved rather hard to get hold of. Thank God for the net and readers!

these two tracks are takes, rather than remixes I would say, of tracks that in their original versions were massive pop hits. this was the john Peel show, and we got something a bit special (and impossible to get hold of!)

As ever, if you want good Peel-related sites there are many out there, but Teenage Kicks, Sexy Loser and Fades in Slowly are three I check prettty regularly.

Now, if anyone can help with these I would be grateful, eternally:

And yes, of course I have tried eMusic and iTunes, that’s why I’m asking! 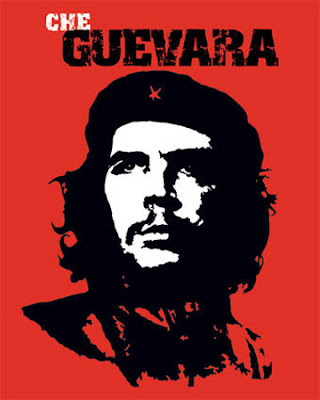 (Bet Che wouldn’t have taken any crap from people purporting to represent artists and exploiting folk!)

A couple of days ago, I was deeply concerend when Steve at Teenage Kicks was going to pull the plug on his excellent John Peel-inspired blog.

To my intense relief, he has announced he will continue.

So in honour of Steve, and his immaculately researched blog, this is the Undertones’ Teenage Kicks, (yes, John Peel’s favourite ever song, I think we all know that now!)

This is not a long post from me, I’ve spent an hour and a half marking…

By the way, this has appeared at Condemned to rock roll which makes for great reading. 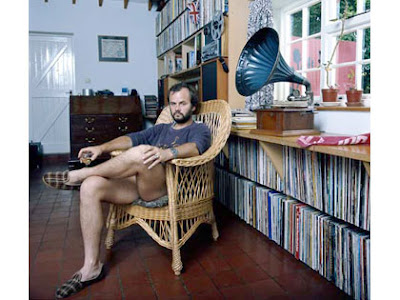 My 399th post, and I’m pleased that people are still reading.

So, ten more tracks for today and I’ll do a special post tomorrow…watch this space…

I know next to nothing about this band, again, info etc.. etc..

With the emphasis on Red (very much the colour of their politics) things were not getting any better in 1984.

By 1986, Britain’s ‘special relationship’ with the USA (ha, bloody ha) lead to commenting in two tracks that year about this being the 51st state of America. This was one of them, can you name the other? (Not in the Festive fifty, but by a band hat Peel did champion)

Mr. Peel’s favourite band EVER. This wasn’t political per se, though the Pharmacist in question may not have been dealing in over the counter medicine…

There will be more music tomorrow. 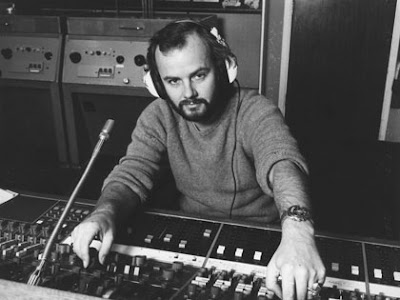 Anyway, it’s been a few days since I did a post resting on John Peel’s Festive Fifties, so here we go:

In recent years, it is increasingly being considered that John Lydon (aka Johnny Rotten)’s post Sex Pistols band, Public Image Ltd (PiL) may, in fact, have been far more groundbreaking than the Sex Pistols. No kidding.

Famously, John Peel’s favourite ever song was this, the opening lines of which are now on his gravestone:

There seems to be a bit of a link between teaching and rock’n’roll, despite the fact that the two might seem to be diametrically opposed. Step forward, in this case, Gordon MacIntyre and Katie Griffiths from Ballboy.

There have been a number of cover versions making the Festive Fifty over the years, including this one (a fair bit of ‘goth’ made it onto the FF over the years):

…and despite the accusations, it wasn’t all white boys with guitars in the Festive fifty over the years either

Though some of those white boys with guitars did make some excellent records, though:

‘At least once a week I drive a nail through my foot for not seeing them while I had the chance’ said Peel of Big Black. Maybe I’m just afraid of pain. Main man Steve Albini went on to produce Nirvana, PJ Harvey, Low and the Wedding Present.

Finally, many thanks to Steve at Teenage Kicks for posting these, without whom I wouldn’t be able to post these here:

Will be more music here over the weekend. Keep it tuned, so to speak. X