Paul Vickers is, I like to think , one of the great scottish eccentrics. Having fronted Dawn Of the Replicants – a band who should have been very much bigger than they were – he still continues to walk the streets of Edinburgh (I saw him walking along South Bridge not two weeks ago wearing a bizarre looking cloak), and to make weird and wonderful records.

Live Paul Vickers and the Leg can certainly be an interesting propostion, and are not to everyone’s taste. Watching them at the SL Records 10th birthday do a few years back, one friend walked out, and another (who is a well-regarded scottish blogger) stated that they would go out of the way not to see them again. It was an interesting spectacle, granted, but also an intriguing one.

And still a pretty intriguing proposition on paper. This is a rock opera…come back I haven’t finished. It has been brilliantly described as being like The Fall, Beefheart and Tom waits having a punch-up on a boat. The tale is so extraordinary that I almost posted the press release as my review because that seemd to get closer to the mark. Itchy grumble, the protagonist is immortal (he once drank the tears of a witch) and is charged with making a lighthouse on the forth estuary revolve…

Yeah, it’s demented. Yup, it probably makes more sense live, but damn it…in a world where 6Live is being taken off the air, where once proud music papers are more concerned with reinventing themselves as indie-lite heat…thank God for Paul Vickers. They clearly broke the mould after him. Everyone should hear this record…and I hope quite a few will go and buy it.

Itchy Grumble is out now on SL.

Stream the album on bandcamp 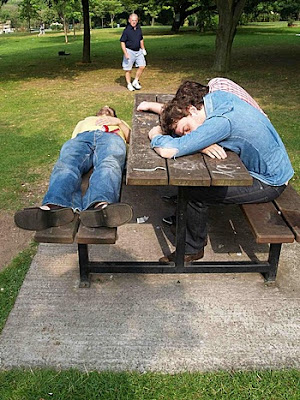 These tracks will be officially released tomorrow, so here’s a sneak preview…

Paul Vickers and The Leg -‘I Want a Hippopotamus For Christmas.’ mp3

More to come tomorrow…watch this space…