And you run, and you run to catch up with the sun, but it’s sinking
Racing around to come up behind you again
The sun is the same in a relative way, but you’re older
Shorter of breath and one day closer to death

Home, home again
I like to be here when I can
When I come home cold and tired
It’s good to warm my bones beside the fire
Far away across the field
The tolling of the iron bell
Calls the faithful to their knees
To hear the softly spoken magic spells” 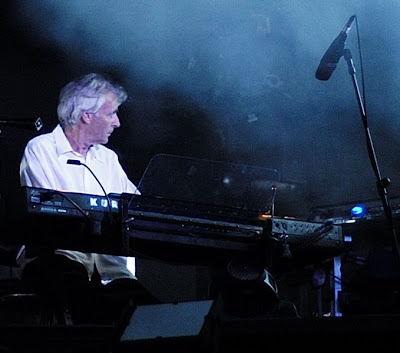 17 Seconds would like to extend its’ heartfelt sympathy to Rick Wright’s family. The Pink Floyd keyboardist passed away yesterday at the age of 65.

Though much of the coverage of Pink Floyd over the years has focused on founder member Syd Barrett (whose solo albums Wright contributed to), and the power struggle between bassist Roger Waters and guitarist David Gilmour, the contributions made by Rick Wright (and drummer Nick Mason) to the band cannot be underestimated. Floyd’s albums have (mostly) dated extremely well, and it should be remembered that rick Wright has been an important factor in that.

Though he tended to focus more on performing keyboards, he also contributed to songwriting in the band, one of his earliest contributions being ‘Paint Box’ the b-side to third single ‘Apples and Oranges.’ ‘The Great Gig In the Sky’ and ‘Us and Them’ from The Dark Side Of The Moon. The only Floyd album to which he didn’t contribute was 1983 The Final Cut, having been effectively kicked out of the band by Waters in 1979.

We salute you sir, here are two Pink Floyd related tracks, the aforementioned ‘paint Box’ and the opening track from their 1967 debut The Piper At The Gates Of Dawn, ‘Astronomy Domine.’ Although this wasn;t credited to him, Rick Wright actually sang lead vocals on this track. 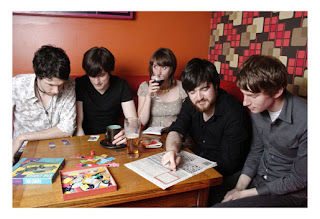 …and you sure as heck should be…

1. I interviewed The Rosie Taylor Project earlier this evening. They were absolutely lovely and their debut LP This City Draws Maps will be out in two weeks’ time on Bad Sneakers.

This is a track from the said album, which they said themselves they were happy for me to put up:

2. Another 17 Seconds reader, Craig, emailed me an mp3, remixed in 1974 of the Pink Floyd/Syd Barrett song ‘Vegetable Man’ that was covered by the Jesus and Mary Chain. Thanks very much Craig, and indeed AJ for getting the whole shebang started, and ben and Graeme for sending me versions of the track. You all rule.