Perhaps best known for fronting Propaganda and hits like ‘Duel’ and ‘Dr. Mabuse,’ German icon Claudia Brücken has just released a covers album entitled The Lost Are Found. Here she talks to 17 Seconds about finally getting to work with producer Stephen Hague, hanging out with Frankie Goes To Hollywood and of course ‘Dr. Mabuse.’

‘It feels like a relief!’ Claudia Brücken tells me down the ‘phone from her home in London. The day we speak, she has just released The Lost Are Found that very day, and she’s looking forward to celebrating with friends. Producer Stephen Hague is coming up from Hastings. I start by asking how working with him came about.

‘In the eighties, I always wanted to work with him, but our paths never crossed,’ she recalls. Eventually they met at a Mute Records party. They worked together on new tracks on Combined, her retrospective album released last year. They worked on an Electric Light Orchestra b-side -‘One Summer Dream-‘it was his idea, she tells me. The coming together worked: ‘we enjoyed the whole process of working together. I like an easy-going atmosphere.’

The tracklisting for the album features songs from both well-known and lesser-known artists. I tell her that I was particularly pleased to see that she had covered ‘The Day I See You Again’, originally by Dubstar on their electro-pop masterpiece Disgraceful. I ask her if she saw Dubstar continuing the work she had done with electropop.

‘I can see influences, and I also wanted to honour that, ‘ she says. ‘I like the way we are influenced by everything around us, but acknowledge that it works both ways. I am happy to hear that they are working together again.’

As for why the tracks that make up the eleven songs on the album ‘we really liked the storylines. The whole process of this album was a smooth journey. I put a lot of trust in him and he in me.’ The songs go back to the 1960s, including The Bee Gees’ ‘And The Sun Will Shine.’ She confesses to being in awe of Robin Gibb’s song, understandably amazed that he wrote the song when he was only 17.

What’s intriguing is how while some of the artists are pretty well-known, the songs may not have been the most obvious ones, at least to the general public. David Bowie is represented – but by his 2002 single ‘Everyone Says ‘Hi.’ Was he important to her growing up?

‘He was my everything!’ Claudia says. ‘To be honest, there was Patti Smith and David Bowie. I was really mesmerized by him. He was just as popular in Germany [as in Britain].’

If some people are tempted to see covers albums as a cop-out, or a running out of ideas, (I don’t say this to her, but they are often portrayed as being such), it’s clear that Claudia has a refreshingly different take on it all. ‘I like the exploration of what other songwriters are doing. I’m learning from this. It’s a matter of studying,’ she says, thoughtfully.

She has tackled a number of cover versions thorughout her career. On Propaganda’s A Secret Wish album, they produced a radical reworking of Edinburgh indie band’s Josef K’s ‘Sorry For Laughing.’ ‘For me it’s always been part of what I was doing, it started with covering the Velvet Underground’s ‘Femme Fatale.’ For her ‘it’s about honouring other people, and also about identification. These are people that we admire strongly. I always feel like a singer needs a good song,’ she explains.

With one track in particular – her cover of the Pet Shop Boys’ ‘King’s Cross’ (originally the closing track on their 1987 album Actually) – it’s the second time that Stephen Hague has produced the track. ‘Neil Tennant is such a clever writer!’ she enthuses of the song about Thatcher’s Britain. ‘The ending of King’s Cross is madess, it fitted the bill!’

The eighties ended up being quite an eventful decade for her. At the start of the decade, barely out of her teens, she joined Propaganda in Dusseldorf. ‘When we were working togther in Dusseldorf, I was only 19 or 20. Conceptually Ralf (Dörper, also of Die Krupps) had a very Germanic idea of the band. It was very much his idea to do a song about Mabuse. It was written in German – the English version is a direct translation.’ Dr. Mabuse became a hit in England -and the band were signed to ZTT.

Most famously the home of Frankie Goes To Hollywood, who made 1984 their year, the label was also home to Art of Noise, the band featuring Anne Dudley, Trevor Horn and one Paul Morley. The latter masterminded Frankie Goes To Hollywood’s career -and who in 1985 married Claudia Brucken (the two of them have a daughter, Maddy). So it came to pass that having just left Germany, the band found themselves at Sarm West Studios whilst all three acts were recording in the same building. ‘Whilst we were recording A Secret Wish, Trevor [Horn] was recording Frankie and Art of Noise were in the same building!’ she marvels. ‘We were hanging out on the roof, all these fans outside.’

By her own admission ‘I walked into this all very inexperienced. I was as young as my daughetr is now. I had the chance to work with Trevor Horn -I didn’t even know who he was!’ she confesses. But she admits ‘it was my golden ticket to work with him.’ She left Propaganda in 1986, and over the years has collaborated with a number of the prime movers in the eighties pop scene. She’s collaborated with OMD’s Paul Humphreys (the pair live and work together in London) as OneTwo, as well as Thomas Leer as Act. People like Andy McLusky and and Andy Bell (OMD and Erasure are mates), and she reveals that the night before our interview she went to see her friends in Heaven 17 play live.

Looking ahead to the future ‘we’re going to tour in March and England and the UK. We’re trying to coincide these with dates in Germany,’ she reveals, ‘I really want to go. I thought it would be a good idea to get to know the songs…’ And bless her, she offers to buy me adrink after her gig in Glasgow in March. I’ll hold you to it, Claudia!

The Lost Are Found is out now on There (there)

Well, in this case, yes.

Have recently been re-reading Rip It Up And Start Again, and for the first time, Totally Wired, which are the interviews that Simon Reynolds conducted to write the former book.

Utterly awesome and both are well worth it if you have any interest in the music that came from Europe and America after punk between 1978-1984. The years where the music was ‘post-punk’ and then evolved into ‘new pop.’ In fact my only gripe would be that the Cure and Kate Bush aren’t considered important in this period by Reynolds. And Gary Numan doesn’t seem to get much of a look in either. Other than that, great stuff, covering an era that shows Reynolds is right in saying that it vies with the sixties for quality and creativity.

So a few songs from the era concerned…

Depeche Mode -‘Master and Servant.’ mp3 (in which the subversive ideas of wreckers of civilisation like Throbbing Gristle enter the top ten and Top Of the Pops)

Finally, one of the true pioneers, Green Gartside of Scritti Politti, deserves two entries, one for his none more post-punk and DIY and the second for being one of the best songs ever, bridging the gap between post-punk and new pop:

Still too much to do, and the slight feeling that my brain may implode before the end of the week.

So, in this slightly mixed up mode, hence the above picture, I give you three great, and completed unrelated tracks. Just because I like them…does there have to be a reason?

Ennio Morricone -‘Theme from The Good, the Bad and The Ugly.’

Nick Lowe -‘I Love The Sound Of Breaking Glass.’ mp3 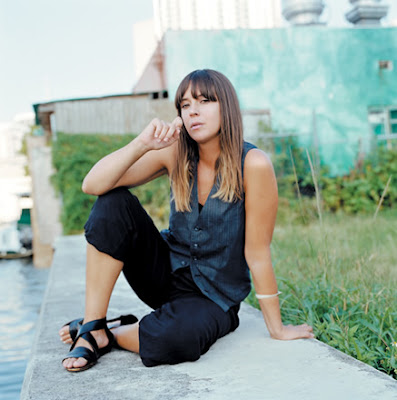 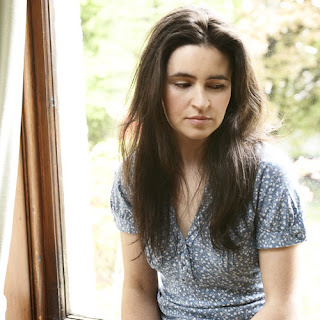 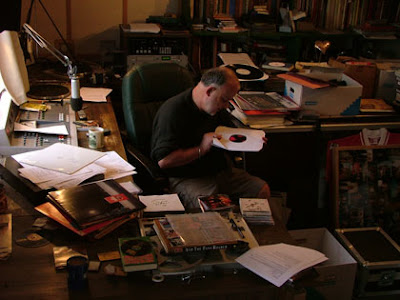 Well, seemingly just a couple of months after I did my 300th post, here is the 400th. There will be many more to come in the following few days, my interiew with Foxface, my review of Sons and Daughters/Black Kids/Broken Records’ gig…but to celebrate, some more music that made John Peel’s Festive Fifty:

First up, given that this blog has done its’ best to champion scots indie, one of Edinburgh’s top acts:

This was actually only a b-side originally, to ‘True Faith’ but was later remixed and a hit in its own right in early 1995.

I haven’t featured the Smiths so far on these Festive Fifty posts, not because I don’t love them – I do very much, but couldn’t decide what. Anyway, in the end it’s this one, very appropriate for the 400th post:

This band weren’t on the c86 compilation, nor were they scottish, but it’s easy to understand how people might think they were both of these things. How this only reached no 50 is a mystery, but hey…

Pete Astor, who also recorded as The Wisdom Of Harry, and the Loft, is one of the greats of underground English indie:

These two tracks were ones I had never heard of before I did research into the Festive Fifty…but I’m glad I did:

…and another goodie from 1984. A bad year politically in so many ways, but a great year for music:

Welsh act melys topped the Festive Fifty in 2001 with ‘Chinese Whispers’ but they had some other entries including this excellent track the same year:

And another welsh act to finish:

Thanks to all my readers for support and comments, here’s to the next…?