The definition of a ‘sleeper’ hit would be one that over a long period of time becomes a big success, despite having relatively little promotion or not having a successful beginning. And if there’s a Christmas sleeper hit, then that title has got to go to ‘Christmas Wrapping‘ by the Waitresses.

The Waitresses (read more about them on Wiki and a more in-depth article via Consequence of Sound), hailed from Akron, Ohio and were part of the American new-wave scene of the early 1980s. ‘Christmas Wrapping’ was their only hit in the UK, reaching no.45 in 1982 (see here for proof, if you’re so inclined), and yet over the years has become hugely popular and recognised, appearing on numerous compilations. I first heard it in the late 1990s, when it was still relatively unknown (at first I thought with the almost wrapping it was Blondie. Close but no cigar – the only link to CBGBs is that Television drummer Billy Ficca was the Waitresses’ drummer). The Spice Girls covered it as a b-side (you can seek it out, I’m sure) and the latest version is Kylie Minogue covering it with Iggy Pop for for her Christmas album, Kylie Christmas.

Here, for NME, the band’s Chris Butler talks about the song:

And as a bonus, here’s the Kylie and Iggy version:

One of my favourite Christmas tracks this evening.

‘Christmas Wrapping’ by the Waitresses dates from 1981, and although not a big hit at the time in the UK (it reached no.45 in 1982), the story of a boy and girl who spend most of the year not quite getting together until…has become a perennial favourite.

I’ve posted the 12″ version before, which I think is superior to the version that seems to crop up on all the Christmas comps, so here it is again.

Waitresses -‘Christmas Wrapping (12″ version).’ mp3 This has been removed. For the last time, I don’t post these files to stop people buying music but to encourage them! Copyright agencies do not understand the internet.

…and two cover versions that have been doing the while for a while now:

Oh, and I know The Spice Girls covered it, as well. You can find this one for yourselves…

Ohio’s The Waitresses are best known these days for ‘Christmas Wrapping.’ This reached no.45 in 1982, and became a cult classic. I heard it on XFM in London (pre Scotland days) and at first was convinced that it was a Debbie Harry or Blondie side-project (it wasn’t; though the band’s drummer, Billy Ficca is perhaps best known as Television’s drummer).

The version here is the 12″ version, ripped from the single I found in a charity shop about eight years ago.

…did I say cult classic? There’s a number of cover versions doing the rounds, including one that’s new from Dog Is Dead.

Next post is going to be the 17 Seconds Festive Fifty… 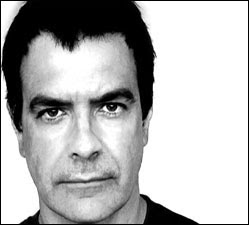 And here are today’s seasonal pickings, courtesy of the USB turntable, and many years spent hanging around record shops…

First up, the Wedding Present. As has been well documented over the years, back in 1992, the Wedding Present released one 7″ a month, in a limited edition of 10,000. They all made the UK Top 30, and the A-side was a weddoes composition, the b-side a cover. Amongst the songs that made the b-sides over the course of that year were the Go-Betweens’ ‘Cattle and Cane,’ Isaac Hayes’ ‘Theme From Shaft,’ and Bow Wow Wow’s ‘Go Wild In The Country.’ For their Christmas single, it was inevitable that there would be a Christmas cover, and so it was that The wedding Present ended up covering Elton John.

A few days ago, one of my older students, who has long chatted with me about music revealed that he had bought a couple of White Stripes’ 7″ singles, at £30, including this one, billed as ‘Merry Christmas From The White Stripes.’ ‘Ah yes, I said, ‘ I bought that one when it first came out.’ ‘I bet it only cost you a pound!’ he said, slightly agonised. Well, no, £3, if memory serves. It’s not particularly Christmassy, but I guess it came out for Christmas. The b-side features Jack White reading from Luke’s Gospel about the coming of The Magi (The Three Wise Men) and then Meg attempting to sing Silent Night. It’s more of a curio than essential listening, so here is the a-side:

I first heard this track, ‘Christmas Wrapping’ at some point in the late 90s. It had been a no.45 hit in the UK in December 82, the only time the band ever charted in the UK. the drummer was Billy Ficca who had been in Television. I still think it sounds like Blondie -in a good way. It’s now been on several Christmas compilations over the years, and I eventually found a copy for myself in a charity shop in 2003, on 12″ (also found an LP version of Songs The Lord Taught Us by The Cramps there that very day, too(I’m easily pleased). This is the 12″ version, Enjoy!

And there will be more tomorrow…