As part of the day job working for Library Services, I am involved in putting on some gigs at Dalkeith Arts Centre, just south of Edinburgh.

In the last three months of 2012 we had King Creosote, Bwani Junction and The Last Battle, and looking ahead to the next five months we have the following:

May 17: Midas Fall + Tom Morris (Her Name is Calla) + Glassbooks

Tickets are all £7 (£5 concessions). I’ve supported many of these acts on these pages before (I even used to work alongside members of eagleowl and Blueflint and indeed Wounded Knee himself!)

Had today off work with the intention of spending it with Mrs. and son 17 Seconds to go shopping and exploring town at this time of year.

What I did NOT have in mind was feeling like death, and feeling lethargic. Bugger.

Today’s post comes from Wounded Knee, a free track that he gave away a few years ago entitled ‘Cold Enough For Snow.’ In his own words, he is a singer, experimental vocalist and occasional children’s entertainer based in Edinburgh who has been active since 2004. In the small world that is the Edinburgh music scene, I used to work with him in Fopp, alongside members of eagleowl, Woodpigeon, X-Vectors, Usurper and the Prats.

You can hear more of Drew Wright’s work here. My favourite album his remains Shimmering New Vistas. His website is here and I am involved in putting on a gig featuring him and others in 2013. Watch this space…

This was in my inbox this evening when I came home. It’s an album called Whatever Gets You through The Night, and it comes out on November 5 on Biphonic Records (home to Swimmer One and Seafieldroad).

Sixteen tracks in total, this was a live show that took place at the Arches in Glasgow back in June of this year.. This is the accompanying album – 16 brand new songs inspired by the hours between midnight and 4am, by a cross section of Scottish musicians.

And when I say cross-section, it’s Ricky Ross (of Deacon Blue) on the same album as Wounded Knee, Errors on the same album as Rachel Sermanni, Eugene Kelly as Meursault. Lots of 17 Seconds favourites, Swimmer One and Emma Pollock were the first acts I ever interviewed for the blog, over five years ago. There’s a feature over at The Skinny which explains how it came together.

Stream it below, you can also download the Swimmer One track for free.

The Retreat Festival will take place in Edinburgh on August 28 and 29 this year.

Both Emily from Tracer Trails and Bart Owl of eagleowl fame have been in touch about this, it’s an awesome lineup with many acts I’ve featured here on 17 Seconds, such as Withered Hand (above), Wounded Knee, Meursault, Jesus H. Foxx and eagleowl. Whilst I won’t be able to attend it all (I’ve got tickets for Broken Records on the Saturday Night), I’m going to bust a gut to go and see at least some of it. I don’t want to rehash the press release, so I’ve cut and pasted it:

” Venerable DIY gig-putteronners Tracer Trails and The Gentle Invasion are thrilled to announce the third edition of Retreat!, a micro-festival celebrating Edinburgh’s contribution to the international pop underground.

Following on from previous years which have seen the festival occupy spaces in St John’s Church and the Bristo Hall, this year’s Retreat! will be a two-day event taking place in Pilrig St Paul’s Church Hall, on the boundary between Edinburgh and the City of Leith.

Retreat! was founded in 2008 to create space for Edinburgh acts amid the bustle of the festivals, and has evolved into a riotous A.G.M. for the capital’s independent pop scene.

In its inaugural year Retreat! encompassed nine events over three weeks; in 2009 it took the form of a giant celebratory all-dayer as part of the Forest Fringe. Retreat! 2010 is different again, a lost weekend when Edinburgh’s first XVI will perform in a deranged gala-day environment in which anything might happen and some things probably will.

Hosted by the incomparable Owen Curtis Williams (The Pineapple Chunks / drummer-about-town), and with stage design by Tessa Lynch, the only common thread in this vibrant melange is the organisers’ overwhelming respect for each act’s inimitable contribution to the international pop underground.

Is Christmas starting to get you down?! After a fairly difficult year which I have only alluded to in passing on the blog, I’ve felt surprisingly festive here. Mind you, the last time I looked at facebook, one friend had written ‘All this fuss for just one day?!’ and I guess I can see why some folks are getting more than a little stressed.

It’s actually been snowing in Edinburgh -which looks pretty -until it starts melting, then freezes again…but look at it this way, there’s only five days to go.

Housewives On Prozac -‘I Broke My Arm Christmas Shopping At The Mall.’ mp3

Ron Sexsmith -‘Something To Hold On To (At Christmas).’ mp3

In a few hours we will know who has been successful in the battle for the Christmas no.1… 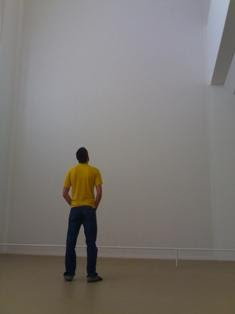 Wounded Knee’s reputation kind of preceeded him. I was thrilled at the thought of reviewing this record, though my editor handed it over a little nervously.

Well, chill, because this record manages to be forward thinking and traditionally scottish at the same time, way out and listenable at the same time and that’s not something that can always be said.

Perhaps I was envisaging something in the vein of Kylie Minoise (no, I definitely don’t mean Minogue), but whilst this music challenges you, it doesn’t attack you in the same way. There’s a sense of humour about what is described as a’post modern hebridean Walking Song ethic.’ The vocal loops particularly on ‘Anthem For The Call Centre Worker’ manages to take the drudgery and make something beautiful out of it (believe me, having worked in those places, that’s a feat and a half).

This is a record unlike anything you’ll hear this year, all the better for it, and something that will most likely take you out of your previous listening experience, but to somewhere you’ll be happy to return.

Benbecula Records can be found here