Just what it says on the tin, folks. The plan is to get into doing these on a more regular basis, so I’m going to kick off with these:

Now, these aren’t mp3s but I thought they might appeal…

Back in 1993, Smashing Pumpkins’ Siamese Dream was my favourite album of the year. The Big Pink recorded a version of it for the BBC just before Christmas which you can stream here:

The Big Pink – Mayonaise (The Smashing Pumpkins Cover) by ErnestimesBlog

I have been slowly won round to Lana Del Rey. Not because of the fact that I had a problem with the way that she looks, but more to do with the excessive hype, and yet ‘Video Games’ and other tracks have won me round. This is a version by a band called Silver Swans, who do an excellent take on it.

Over the last few days, I have become increasingly obsessed with Belgian-Australian artist Gotye (pronounced like Gautier) whose track ‘Somebody That I Used To Know’ looks like it might be a huge hit. I hope so. This is a version by a band called Walk Off The Earth.

There’s numerous covers of songs by Frightened Rabbit around, but this is a version of a Frabbits song, as perfomred by John Stotz. The song is originally from their second album The Midnight Organ Fight.

Another track from my inbox, this is a Steely Dan song, performed by The Darcys:

The Darcys – Josie by Arts & Crafts

OK…meant to do this last week, and then with going away decided to focus on my lovely family.

90’s College rock heroes Buffalo Tom are set to return with their latest album Skins on March 7 (March 8 in the US). It’s their eighth album, and features guest Tanya Donelly, also a college rock hero, who was a member of contemporaries like Throwing Muses, The Breeders and Belly, before she went solo. The band are still the original trio as well, namely Bill Janovitz (guitars and vocals), Chris Colbourn (bass and vocals) and Tom Maginnis (drums).

Two tracks from the album are doing the rounds; ‘Arise, Watch’ has (apparently) been doing th rounds since the end of last year, while ‘Guilty Girls’ has just been released via Spin.com

The tracklisting for Skins is as follows:

Arise, Watch
She’s Not Your Thing
Down
Don’t Forget Me
Guilty Girls
Miss Barren Brooks
Paper Knife
Here I Come
Lost Weekend
The Hawks & The Sparrows
The Big Light
The Kids Just Sleep
Out of The Dark

-and for old times’ sake: 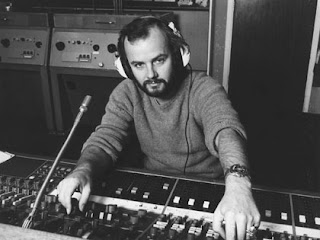 Just a quick post today, before watching Doctor Who on Catch-up TV. Mrs. 17 Seconds is watching Britain’s next Top Model and I am taking the opportunity to root around for stuff I still need to complete those Peel playlists. So with my emusic subscription renewed, why not share a few of the slightly more obscure tracks I’ve located?

And as always, as I promised him I wouldn’t put him out of business, check out Teenage Kicks for Steve’s excellent insight into it all!