There was a time when there were a LOT more cover versions posts, but as DMCA notices and the like started to kick in, it became harder to post stuff -even with honourable intentions without someone ripping it down (rather than politely emailing you and asking you to take it down as used to be the case).

As was generally my custom, there is no theme, other than that they are cover versions. Enjoy

Ah…Flaming Lips. Still one of the most amazing bands I have EVER seen live, though even they struggled slightly with the sterile conditions of Glasgow’s SECC.

No matter. A band who sound awesome on headphones and in concert alike,and there have been quite a few Christmas related songs over the years (nearly thirty years the band has been going now, unbelievable), so here they are for today:

Flaming Lips-‘A Change At Christmas (Say It Isn’t So).’ mp3

…and a few Flaming Lips bonuses. You should go and buy as many Flaming Lips albums as you can. Get The Soft Bulletin, Clouds Taste Metallic, Transmissions From The Satellite Heart and Yoshimi Battles The Pink Robots at the very least.

Flaming Lips -‘Can’t Get You Out Of My Head (Kylie Minogue cover).’ mp3

OK…meant to do this last week, and then with going away decided to focus on my lovely family.

For many years, I felt guilty about liking shiny pop music. Always felt I had to justify it.

Because, quite frankly, this is an awesome tune. I took stick for liking Kylie for many years, and pointed out that she did -and continues to do some classic stuff.

…and I’d sooner listen to this than a lot of the run of the mill ‘Oasis changed our lives’ indie bands.

Kylie Minogue -‘Can’t Get You Out Of My Head.’ mp3

…or do some of you still feel the need for this (admittedly great) cover version to feel okay about liking it?!

Kylie’s latest single ‘For All The Lovers’ is also great, even if I’m not impressed by the album.

This is from the legendary (and I can’t get my hands on) It’s A Cool, Cool, Christmas various artists compilation:

Flaming Lips -‘A Change At Christmas (Say It Isn’t So).’ mp3

While driving around edinburgh the other day with scott who works for the label, he reminded me that the Lips had done a Christmas film last year. I have yet to see it – but this is the trailer: 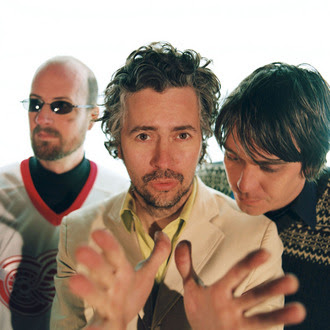 Here is today’s instalment. Just a quick post (though I have already had my Mum on the ‘phone worrying that I’m spending so much time blogging that I can’t be talking to mrs. 17 seconds enough). Don’t worry, I am!