Call To Mind -‘The Winter Is White’ (Olive Grove Records)

Right from the word go, even when all you could hear of Call To Mind was via their Myspace site (hey, every self-respecting act had a Myspace site in 2008!), it was clear that they had something special. Two years later, when they delivered their debut, self-titled EP, that promise was delivered. And now, six years after they first graced my attention, they deliver their debut album.

Olive Grove Records have delivered a lot of fine material over the past few years, but to my mind, this is their finest release so far. It’s beautiful, and it needs to be heard. Sure, comparisons of this Highland band to the likes of Sigur Ros and The National may seem obvious, but that’s high praise and utterly, totally deserved.

This is music to lose and find yourself in, a record to be played again and again. From the opening of ‘A Family Sketch’ to the last notes of album closer ‘Chemotherapy’ the five piece barely put a foot out of place. The press release says they have a love of Scotland’s outdoors -and strange as it may sound, that spills into the music.

If you still think that epic and ethereal are buzzwords for good, please check this out. And if you care about hearing great acts, make sure you buy this.

The Winter Is White is released on Olive Grove Records on April 14.

I first wrote about Call To Mind back in January 2008, when I stated that I knew next to nothing about them, but I liked what I heard of the highland band. The information on their myspace page was pretty minimal, which meant that the music had to stand on its’ own terms and it certainly does.

Two and a half years have progressed, the band are now mostly based in Glasgow and in March they released their first EP, the five track Call To Mind. I can only apologise for my tardiness in reviewing this EP, or covering it, because it’s phenomenal. Imagine the otherworldliness of Sigur Ros and Joy Division and Mogwai, making a sound that makes you want to cry for joy.

Bizarrely still unsigned, this is a band who deserve to be going (further) places. I cannot see any live dates for Andrew,
Jamie, Martin and Joe, but I hope to see them live before too long.

Hear the tracks ‘A9’ and ‘All The Happiness In My Head’ from the EP here or go to their Last FM page to hear it all.

Then buy the EP at iTunes or on eMusic. There are physical copies in existence – the band sent me one, bless ’em -but you may have to search around for them.

Finally, do go and make friends at myspace. 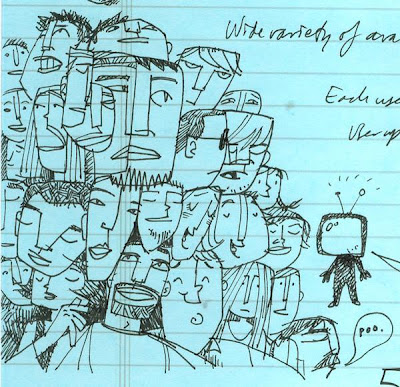 I know next to nothing about Call To Mind, other than they are scottish and currently unsigned, and their four members are Andy, Jamie, Joe and Martin. They don’t even list their influences on their MySpace page, but I hear bits of Boards Of Canada, Sigur Ros and Mogwai (minus the ‘heavy’ bits). How to describe them? Indie? Too vague. Ambient? Part of me wants to say ‘shoegazing’ but somehow this is something different. Of this sounds like your bag you might have to figure it out for yourself. But this is music born of the severe winters of scotland and the beauty that still lies in it.

There are six tracks on their MySpace page, of which these two are my favourite:

The other four tracks can be downloaded from their MySpace page, and if you like these, I suggest you do so!