Thin Lizzy -‘Whisky In the Jar.’

It’s not just about Belfast or Dublin, y’know! Mind you, it was depressing how many pictures of leprechauns turned up when I googled St. Patrick’s Day… 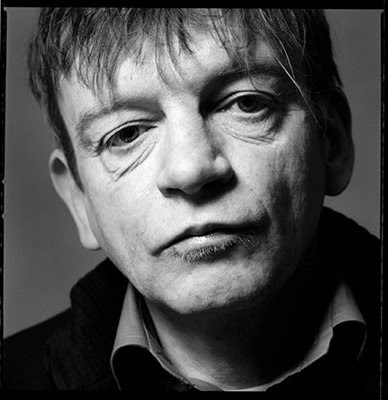 Yes, two years to the day since a humble mp3 blog started, named after the club night I ran in Edinburgh once, which was named after The Cure’s second album…it’s still here.

Much of this is due to the love, support and encouragement of readers, including oother bloggers and also my family, but above all, the wonderful Mrs. 17 Seconds. I know I have driven her mad with this on occasion, but she’s a loyal reader and this first track is for her and to celebrate our first wedding anniversary yesterday. Here’s to you babe!

Aberfeldy -‘Love Is An Arrow.’ mp3

Over the course of the last year, I’ve also started interviewing bands, beginning with Swimmer One, but also including Emma Pollock, BMX Bandits, Malcolm Middleton, Foxface, amongst others, and apologies to Jamie Lidell, Amplifico and the Rosie Taylor project, whose interviews I still need to write up. It’s been crazy. As well as meeting Emma Pollock to interview her twice, it was also great to go round to Riley Briggs of Aberfeldy’s home to interview him and hear the new stuff the band have been working on. Hopefully the third album will be out this year.

Does 17 Seconds have a brief? Not really, it’s a thirty-something teacher based in Scotland writing about the music that excites him. Various ‘series’ have included albums I think should have had more publicity, singles that slipped thrugh the net, a constant harping on about scottish indie bands, cover versions, and stuff that made John Peel’s Festive Fifty. Whilst a fair bit of stuff may not be any more on the radar after my having written about it, it’s also great when bands I’ve featured do go on to do well. Wiley reached the proper top 3 in the UK, Dizzee Rascal is currently no.1, Santogold is making inroads into the UK singles and albums chart…by no means am I claiming credit for all, or indeed, any of this, but I like to think it helps. Plus the fact that I still like jumping around like a mad thing to music, even if I am now over thirty…

Much thanks also due to people who have answered my pleas for help with tracks, and of course those bands, record companies and PRs who have got in touch with me about posting stuff. I used to dream about it happening, now I have a massive pile of CDs and even more emails that need to be gone through. And I do my best to get through it all, it just takes time.

Other bloggers have given me much encourageemnt, and I’m not going to list them all here, but cheers to everyone who has mentioned me, and linked to me. It’s much appreciated. Great to meet both The Vinyl Villain and Toad, as well as to chat with Steve at Teenage Kicks. Hope to meet many more of you over the forthcoming years.

It’s been an eventful two years, what with getting married, getting cats and finally getting to work t a school I had dreamed of teaching at, and much is due to everyone whose kept me sane. You know who you are. God bless ya. 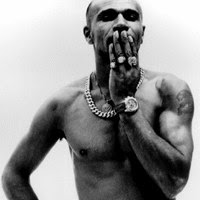 Grinding my teeth waiting for someone to turn up. If I had teeth like Goldie’s, maybe I’d get results quicker (or even looked like him in The world is not Enough).