Poet Laureate* Mike Skinner is set to release his fourth album Everything Is Borrowed on September 15.

Yesterday, via the NME website, he announced that the final track ‘The Escapist’ had been released as a free download, and there is also a video to go with it, which features his ‘epic walk to France.’ Apparently he did do the walk, hope it was less humid than the weather currently besieging me in 17Seconds Towers.

There are some people who are rude about Skinner, dubbing him a ‘mockney’, but that’s their opinion. As far as I am concerned, he’s infintely preferable to any wannabe gangsta (and I’ve encountered them in parts of Scotland you might not expect) and a brilliant lyricist and tunesmith. Bring on the fourth album and silence the losers once and for all.

The Streets – The Escapist.’ mp3

* OK, so he isn’t technically poet laureate, but he’d be better than the one that we had some time ago, who treated his wife like dirt, frankly. 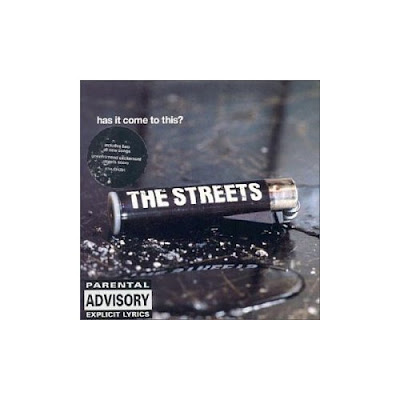 Back in 2001, before ‘Dry Your Eyes’, when Mike Skinner wasn’t famous, The Streets put out a fantastic single. It sounded a bit UK garage -and believe me, that was a genre I didn’t get into – but it was the way the words summed up life in London that was less ‘bling bling, look at my me with money, cars and guns’ and more ‘this is the day in the life of an ordinary London bloke’- and was all the better for it. The phrase ‘Urban’ was rarely more appropriate than with this single.

The single turned up on the debut album ‘Original Pirate Material’, as did one of the b-sides, ‘Geezers need excitement.’ It was songs like this that led very quickly to Mike Skinner being talked about as a new poet Laureate. Then, on the second album, he showed you could do a concept album that could a) not be about Goblins or Wizards and b)Actually be good, you know, with proper songs and stuff.

Here, from CD1 are the three tracks that announced a major new talent had arrived:

The Streets-‘Has It Come To This?’ mp3

These links will be up for one week only. If you like what you hear, go and buy the debut album ‘Original Pirate Material’ ideally from your local independent shop. The single can still be picked up at Amazon pretty cheaply, too.