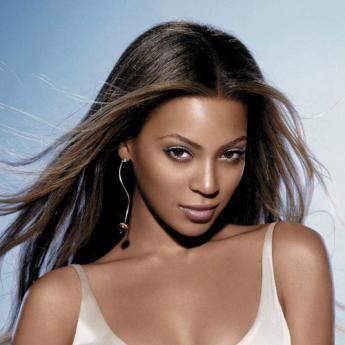 The following covers came on a free CD given away by the NME a few months ago. Time to share with the 17 Seconds readers:

And as a couple of bonuses:

The Streets -‘Your Song.’ mp3 (Elton John cover) (from a Radio 1 compilation)

More posts to come this weekend, including (hopefully) the long-searched for NME C81 tape…

I have to be honest that before I went to this gig, I had barely heard the Pigeon Detectives and was expecting them to be commercial indie-by-numbers. Well, they do sound fairly commercial and their sound owes a lot to the Libertines/Arctic Monkeys…but they do it with style. they harden this cynical heart very quickly and win the corwd over too. Songs like ‘Wait for Me’ and ‘I’m Not Sorry’ are used to work the crowd and I have to confess I was won over very quickly.

‘The View! the View! The View are on fire!” runs the chant even before the Pigeon Detectives come on. Er, not on tonight’s evidence they weren’t. Struggling to do more than produce a bit of smoke. Whilst it has become fashionable in bloggerland to slag The View (general attitude of people being successful that upsets the more snobby types), I really liked the album and reviewed it very positively here at the beginning of the year. ‘Wasted Little DJs’ and ‘Skag Trendy’ pick up the pace a bit, and closer ‘Superstar Tradesman’ is excellent, but so much of their set feels lazy and shambolic.

The Kaiser Chiefs rule. Three years ago in Edinburgh I saw them supporting the Ordinary Boys (long before Celebrity Big Brother etc..) and thought they really had something. A year later they opened the US part of Live8. They come on, tease the synth riff of ‘Everyday I Love You Less and Less’ and the crowd goes nuts. There are no pyrotechnics, just solid songs and performance. Two albums in, the Kaisers have not only mastered the art of writing pop singalongs, but they can work a stadium gig just as well as their mates the Foo Fighters. To watch the hands wave in the air as they effortlessly tear through songs from their two albums -‘Angry Mob’ ‘Born to be a dancer’ ‘Modern Way’ and of course ‘I predict a riot’ and ‘Ruby.’ As the sky darkens, the twentyfirst century stadium gig equivalent of lighters in the air that is mobiles in the air add to the ambience of what is an amazing gig. As we progress out, the joy is infectious. Long may they make our hearts fly.

The View -‘Posh Boys.’ mp3 (Non-album track. Come on guys, let’s remind the people what you CAN do).

Kaiser Chiefs -‘Born to Be A dancer.’ mp3 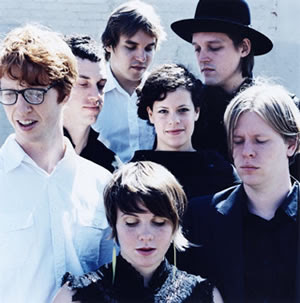 …mmm, I am, with The View and The Good, The Bad and the Queen due to release their albums in the UK, and Bloc Party, the Shins, Arcade Fire and so many others…how the bloody hell am I supposed to save up the cash for all that lot? Starve?!
Anyway, to whet your appetite, Heather over at I am fuel, you are friends has posted the new Kaiser Chiefs track Ruby here, and the post also includes Martin Luther King Jr.’s I have a dream speech.
Meanwhile, The Torture Garden has a lot of Arcade Fire rarities, including covers of Maps by the Yeah Yeahs Yeahs, New Order’s Age Of Consent and Bowie’s Five Years.
As always, remember, if you like the music concerned, do go and buy it.
Buy The Kaiser Chiefs (pre-order) here
Arcade Fire cannot be pre-ordered at Amazon yet (except for the import) but Ampcamp are taking pre-orders here.